The Dotterel remained for it's third day, returning to roost in the Bight over both high tides alongside 234 Dunlin, 27 Black and 11 Bar-tailed Godwit, nine Knot, eight Greenshank, three Grey Plover and a Whimbrel. 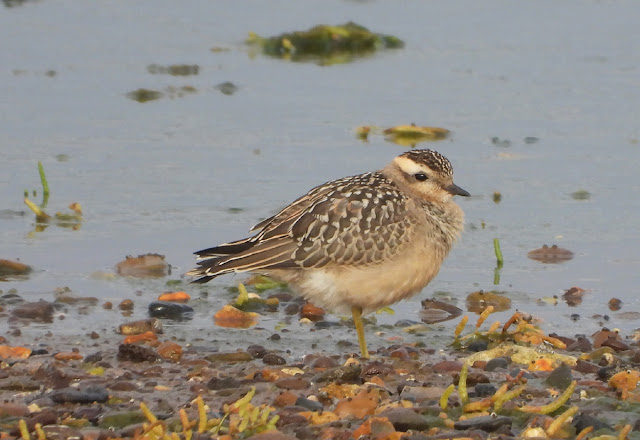 Also in the estuary 78 Teal, 19 Dark-bellied Brent Geese, 16 Shelduck, nine Sandwich and a Common Tern. Elsewhere 28 Sanderling were along the beach, c165 Linnet were feeding around the Bight and migrants included 10 Wheatear, seven Chiffchaff and a Willow Warbler. A good count of 11 Stonechat also included some new arrivals.

Wildlife News: The year's first Clouded Yellow was in Greenland Lake and good numbers of Migrant Hawker were on the wing. 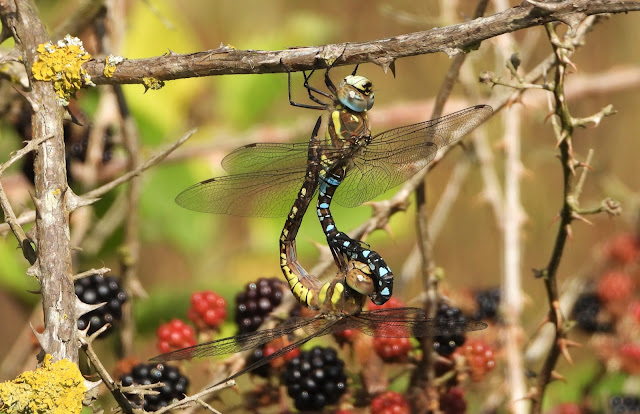