The first summer Surf Scoter remained off the seawall with 78 Common and two Velvet Scoter, although was always distant and was not visible into the sun early morning. Also offshore the first Arctic Skua of the year, a Common Tern and three Red-throated Diver. The number of migrants made a welcome increase with six Willow Warbler, three Blackcap and a Wheatear. Elsewhere a lone Barnacle Goose heading south out over spit was unexpected but the biggest surprise was a mobile but at times obliging Snow Bunting on Warren Point, only the second April record and the first since 1867. 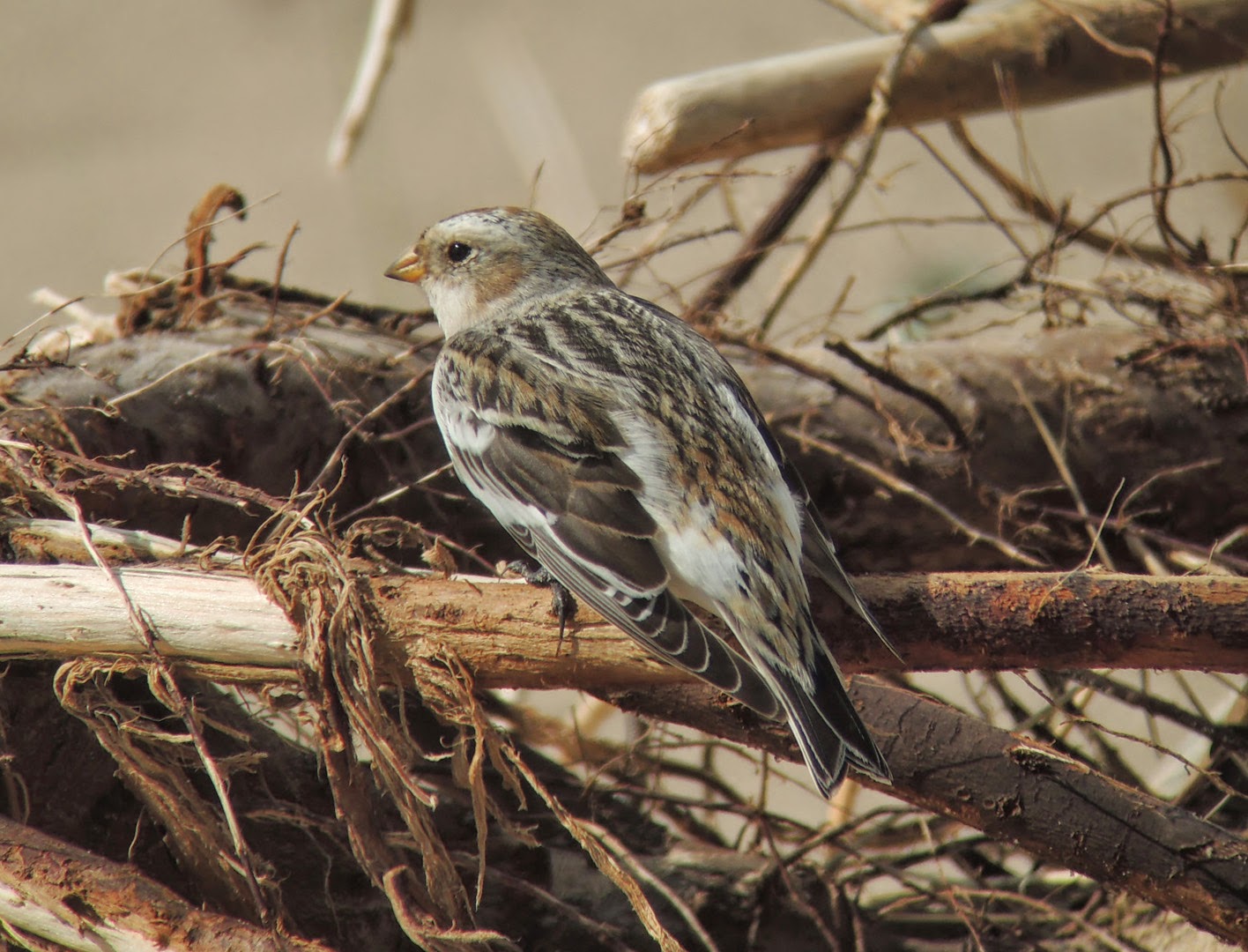 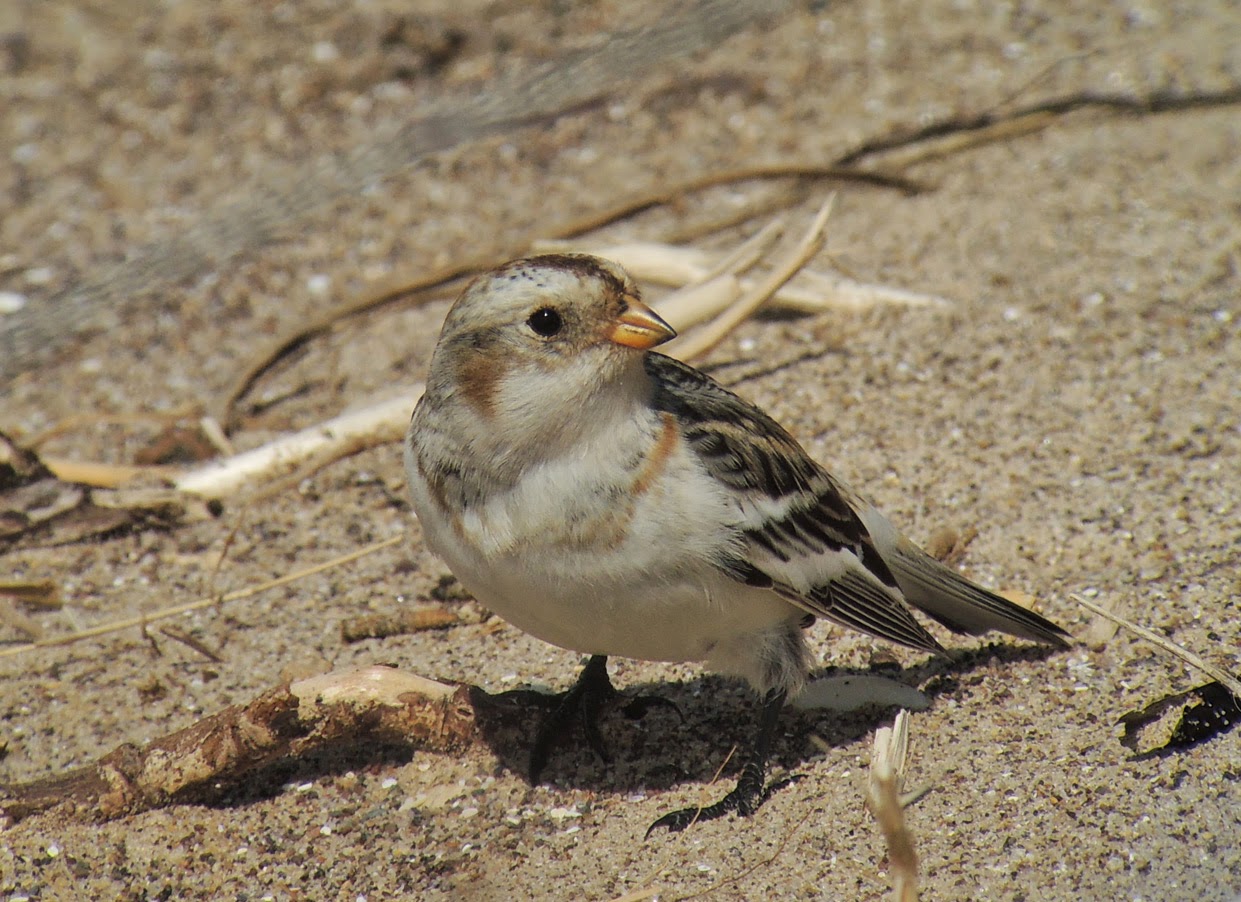 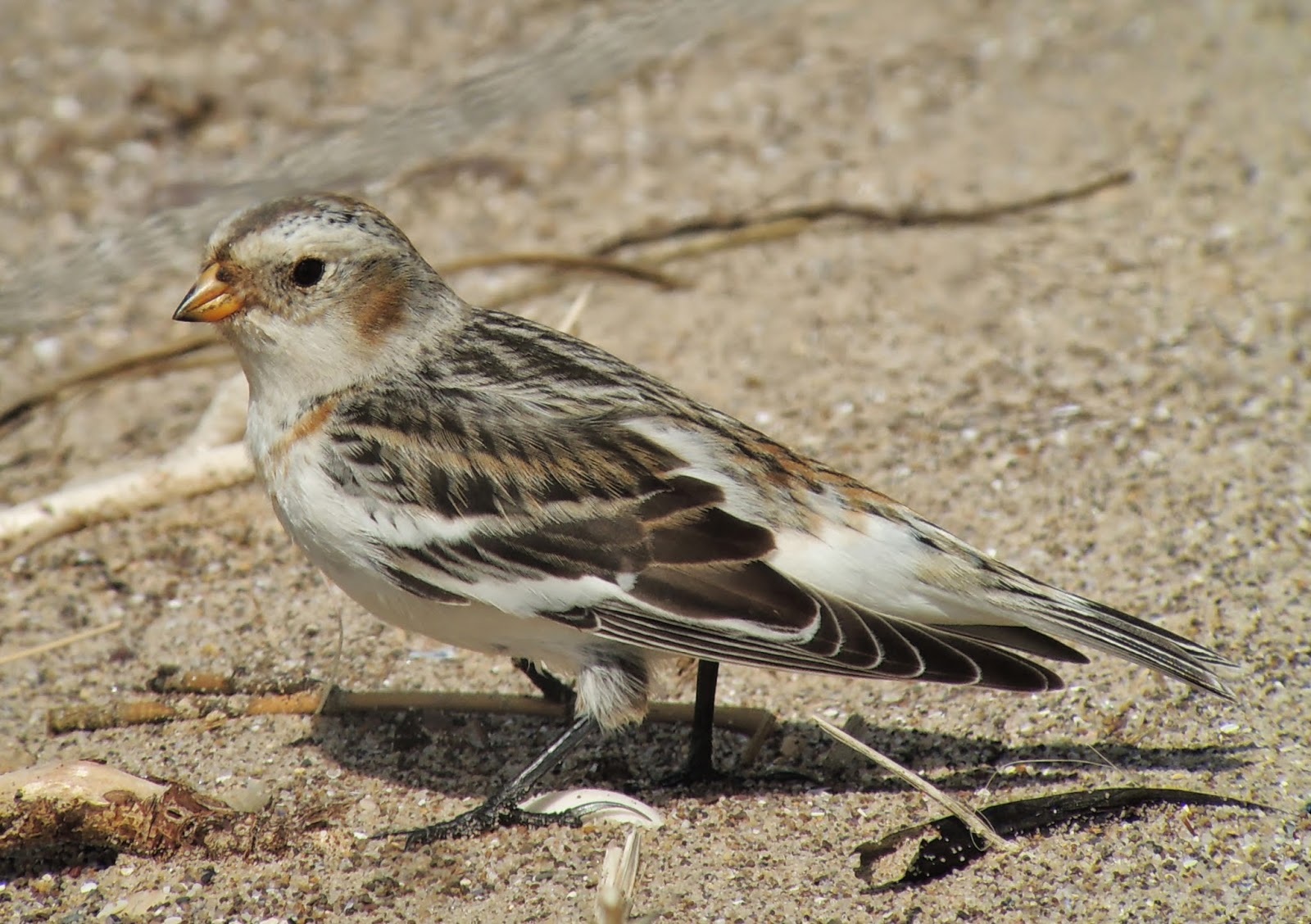 Snow Bunting © Lee Collins
Wildlife News: The first Speckled Wood and Green-viened White of the year were on the wing.
Posted by Dawlish Warren at 22:33