Winter active Buff-tailed Bumblebee Bombus terrestris saw several queens foraging on Hebe plants by the seawall through January and February, but no workers made it into the New Year and the exceptionally cold weather at the beginning of March halted sightings until the end of the month.

However as the year progressed several more species began to appear with mining bees to the fore, especially on flowering sallows. There were new site records of Ashy Andrena cineraria and Red-girdled Mining Bee A. labiata along with varying numbers of Buffish A. nigroaenea, Chocolate A. scotica, Grey-patched A. nitida, Gwynne’s A. bicolor, Orange-tailed A. haemorrhoa, Sandpit A. barbilabris and Yellow-legged Mining Bee A. flavipes. 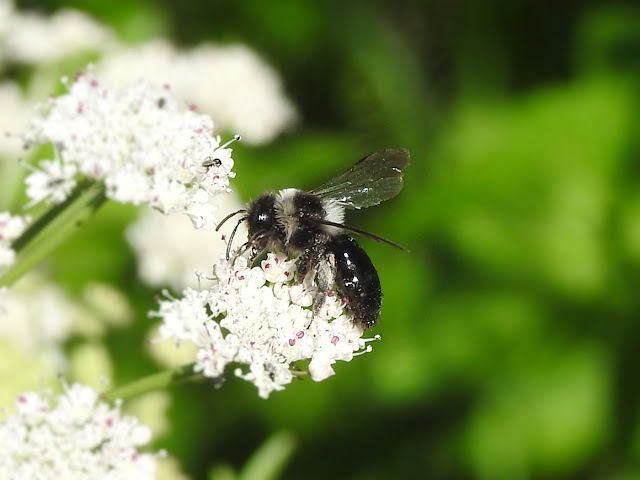 With the Yellow-legged Mining Bees there were several of its cleptoparasite, the Painted Nomad-bee Nomada fucata. A second cuckoo species - Gooden’s Nomad-bee N. goodeniana, found in the Buffer Zone, was a new site record. 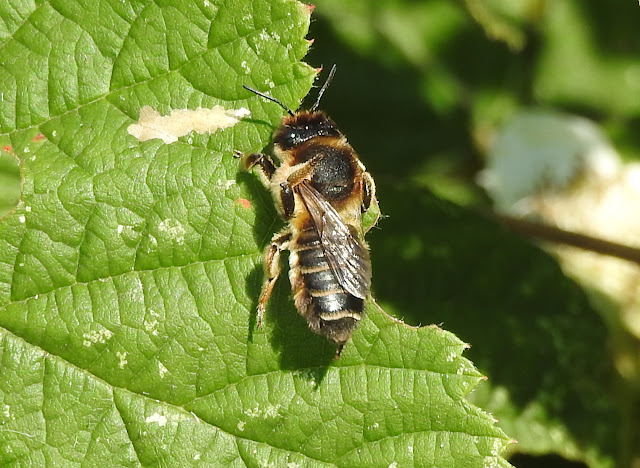 Totally unexpected, and one of the wildlife highlights of the year, was a male Long-horned Bee Eucera longicornis found in the Back Meadow on 7th June, this nationally declining species was another new species for site. Further searches however drew a blank, so this may have sadly just been a vagrant. 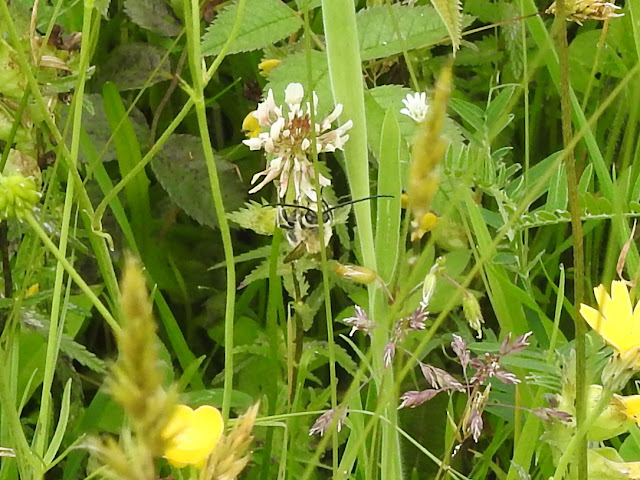 By mid Summer seven species of bumblebees added to the mix with Heath Bumblebee B. jonellus in the more open areas and Common Carder B. pascorum, Early B. pratorum, Red-tailed B. lapidarius, Tree B. hypnorum and White-tailed B. leucorum in the meadows and bramble scrub. Other species on the wing were Pantaloon Bee Dasypoda hirtipes and many Green-eyed Flower-bee Anthophora bimaculata. 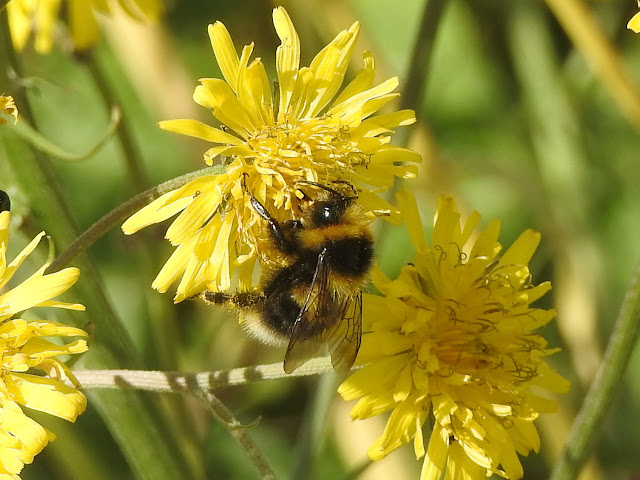 By the end of September, as other species started to dwindle the first Ivy Bee Colletes hederae appeared, becoming increasingly numerous into October. By then only late Honey bees Apis mellifera and Buff-tailed, Common Carder, Red-tailed Bumblebees were still on the wing. 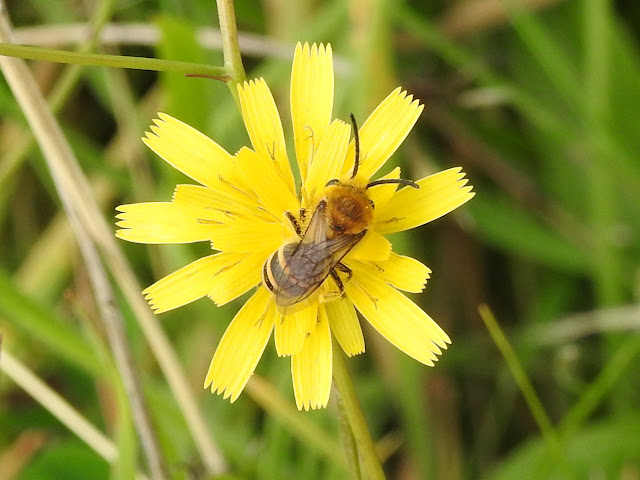 The year ended as it started with queen Buff-tailed Bumblebees around on ornamental Hebes.


The first Common Wasp Vespula vulgaris queen appeared out of hibernation to start their season at the end of April. This year there were several nests spread throughout the site and both Common and German Wasp V. germanica were numerous and active during the long hot Summer and into the Autumn. Numbers gradually reduced and finally ended with the last flowering ivy in mid December. In contrast Hornet V. crabro remains uncommon on site with but there were again a couple of records.
The ichneumon wasp Pimpla rufipes were seen in good numbers and was the most frequently recorded ichneumon from June onwards. 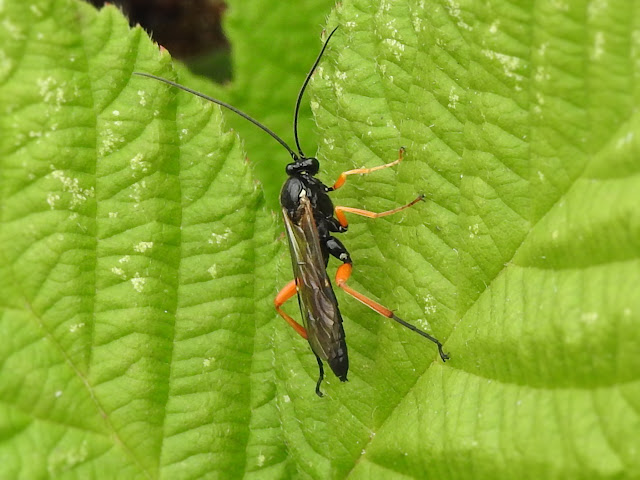 The most remarkable record though was of a Heath Potter wasp Eumenus coarctatus seen on Warren Point on 18th August, a  totally unexpected occurrence. This species is usually very local to clay soil areas on heathland habitats, to see it on site was a great surprise to say the least. 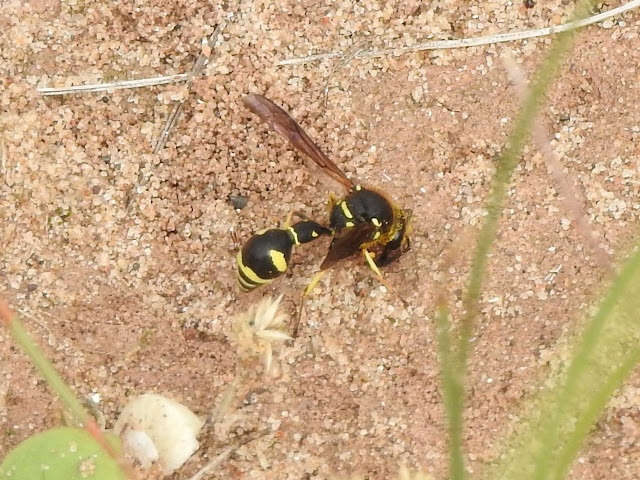