Nothing to get the pulse running over the high tide with 103 Curlew, 76 Black-headed Gull, 12 Shelduck, seven Canada Goose, four Sanderling, two each of Grey Heron, Little Egret, Grey Plover and Sandwich Tern, and 'Herbert', the resident Slavonian Grebe. 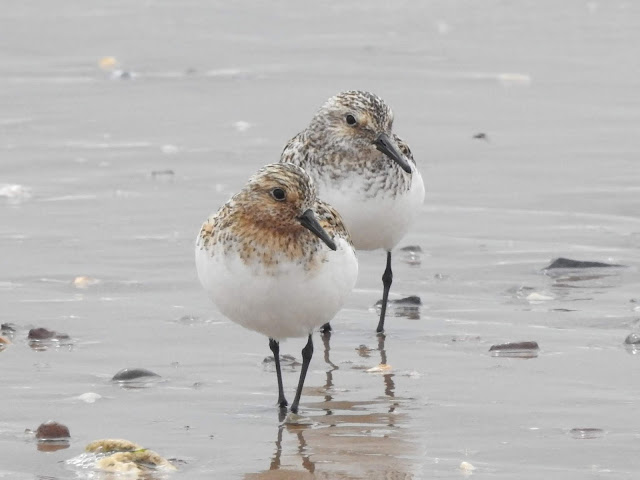 Three Stock Dove on Warren Point was unusual there, but nothing else of note with only two Shag and a Gannet illustrating just how poor it was offshore.

Wildlife news: black and yellow stripes were in vogue, with two new striking species for the site Chrysotoxum festivum Hook-banded Wasp Hoverfly and Nephrotoma flavipalpis, a tiger cranefly. Though chic black is never out of fashion, flattering the delta-winged poise shown by the Cheilosia variabilis Figwort Cheilosia, a hoverfly. 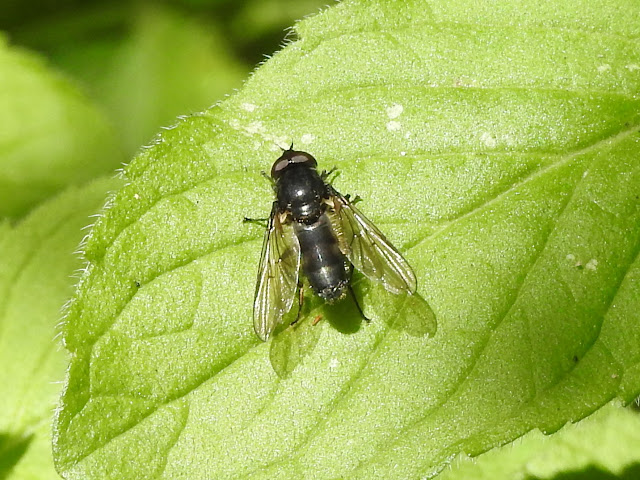 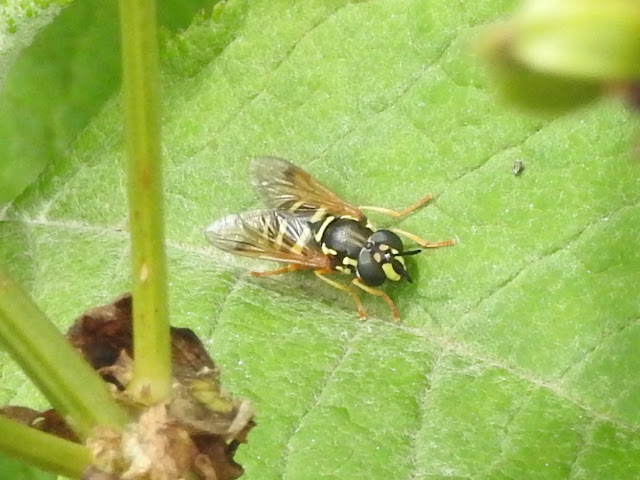 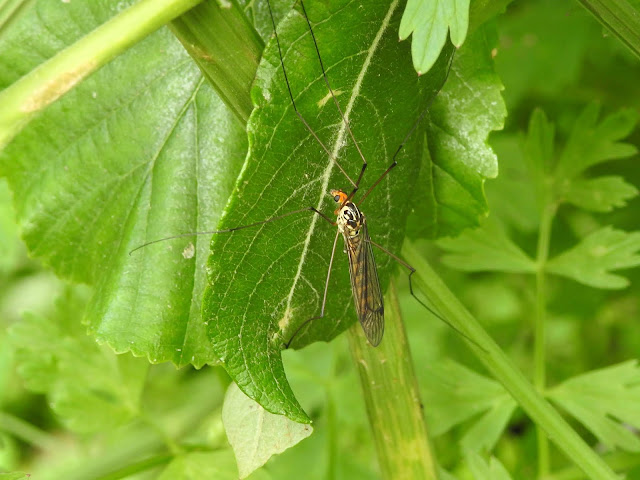