Temperatures tumbled to their lowest level this morning since early-July in a brisk north-northwesterly and there was little to whet the appetite waiting for the late afternoon high tide with only seven Chiffchaff, four Blackcap and single Willow Warbler and Whitethroat in scrub and wooded areas, plus the resident species with counts of c.70 Linnet, small numbers of Greenfinch and Goldfinch; also six Stonechat, four Skylark, four Raven and singles of Song Thrush, Sparrowhawk, Kestrel and Bullfinch.

The tide was worth the wait as two juv Ruff dropped into The Bight, the first record of the year, and three juv Curlew Sandpiper were mixed in with the 326 Dunlin, including two diminutive greyey looking arctica types; also 107 Ringed Plover, 40+ Knot and three Sanderling.

Aside from one over-estimate, counts of Oystercatcher this autumn have been a concern and over the next four weeks when annual maxima tend to occur, the true scale of decline will be revealed. A count of 690 Oystercatcher today is down to only quarter of numbers expected at this time in comparison to counts of the 1980s. Research continues to understand what the underlying drivers are.

Also around The Bight and in front of the still un-repaired hide, 47 Sandwich Tern, including KBV, an annual autumn visitor here since 2017, was ringed as an adult on the Dyfi Estuary, located on the mid-west Welsh coast; also 33 Great Black-backed Gull, 14 Cormorant, two Lesser Black-backed Gull, two Common Tern, a juv Yellow-legged Gull and a surprise dark-phase adult Arctic Skua that swooped at and chased the male Kestrel for a bit before heading back over the ridge and out to sea. Foraging in the glasswort sp Salicornia sp were four of today's six Wheatear and three overdue White Wagtail, the first record of the year.

On the rising tide along Shutterton Creek there was a three-figure count of Redshank and also in estuary corner at high tide were 188 Curlew, ten Greenshank, most of the ten Mediterranean Gull (2 ss, 8 adult), including white-ringed '3EXH', ringed as a pullus in the Oost-Vlaanderen region, Belgium in June 2013 and re-sighted at Dawlish Warren in July or August in six of the past seven years. Seven Whimbrel flew off SE leaving three behind.

A close in Common Scoter and less than 20 each of Gannet and Kittiwake were offshore. Just 12 Swallow and a House Martin overhead. 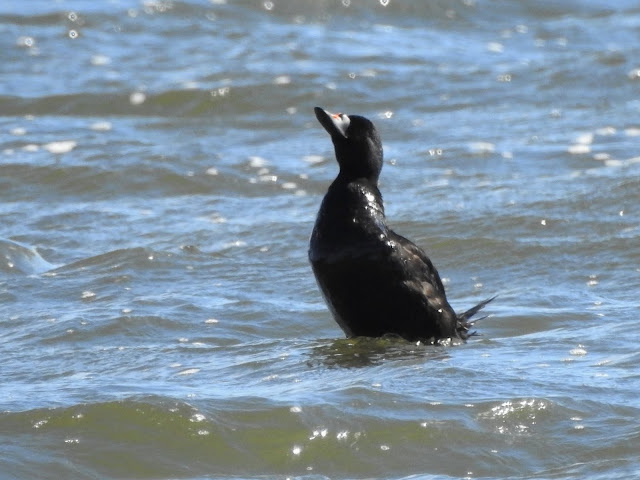 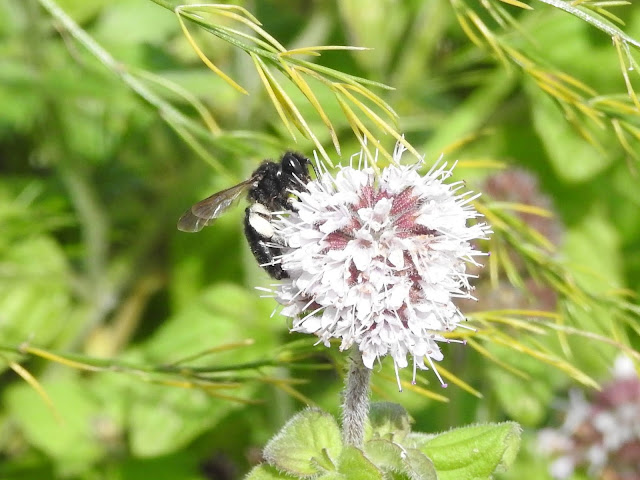 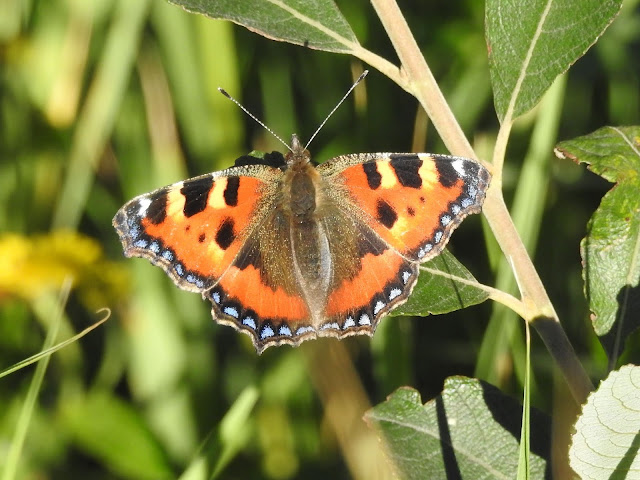