Common and Sand Lizard numbers were difficult to gauge this year as the Spring emergence from hibernation was largely missed, and sightings thereafter were few. The possible presence of the introduced Sand Lizard prevented essential repairs to the 'coastal defences' in December.

After the removal and burning of the only known site hibernaculum, there were unfortunately no Slow-worm records this year. 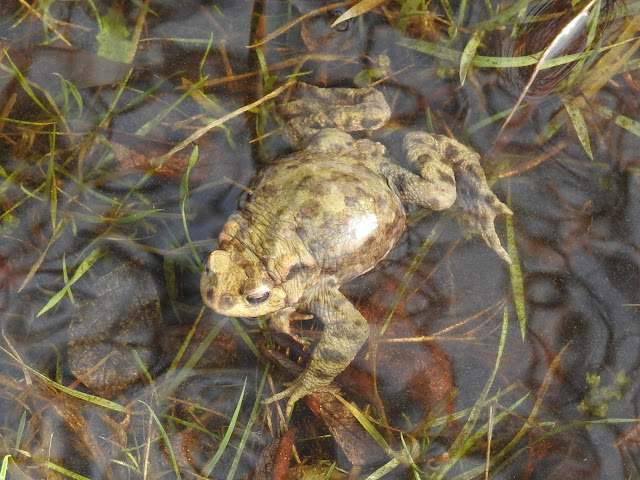 Some lethargic and dead Common Toad were again found in flooded areas during early winter, the cause remains unknown. Few toadlets were seen this year but numbers were still higher than recently.

A single Common Frog was in Greenland Lake on 22 Jul. This species has a chequered history on site with past records possibly relating to deliberate releases instead of a natural occurrence, this was the first record for several years. No newt records were received this year.

The big surprise, in more ways than one, was a Bluefin Tuna entering the estuary on 16 September. This was a first for the Recording Area, with increased sightings in Lyme Bay it will probably not the last, but the next is more likely offshore.