Three Wheatear showed a continuing trickle of migration with three Whitethroat and a Reed Warbler also present on site. Elsewhere at least 12 Whimbrel and a Greenshank were in the estuary, two Sanderling were on the beach and two Sandwich Tern were offshore. 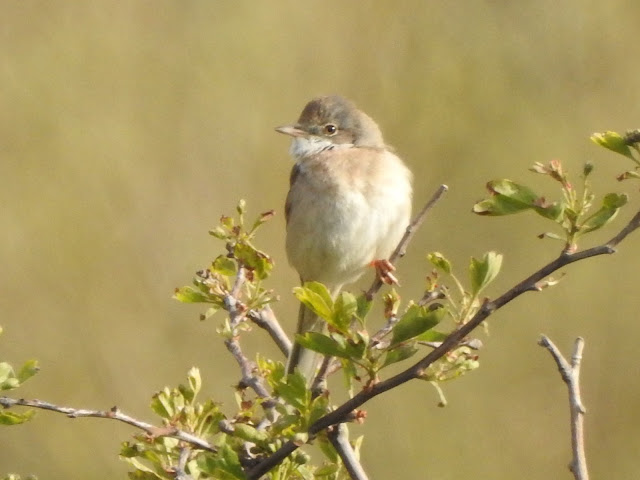 Wildlife News: A Common Green Furrow Bee Lasioglossum morio along the seawall by Langstone Rock was new for the Recording Area, also on the wing Sandpit Mining Bee, Early Bumblebee and the first St Marks Fly Bibio marci of the year. The last few Sand Crocus remain in flower during sunny periods. 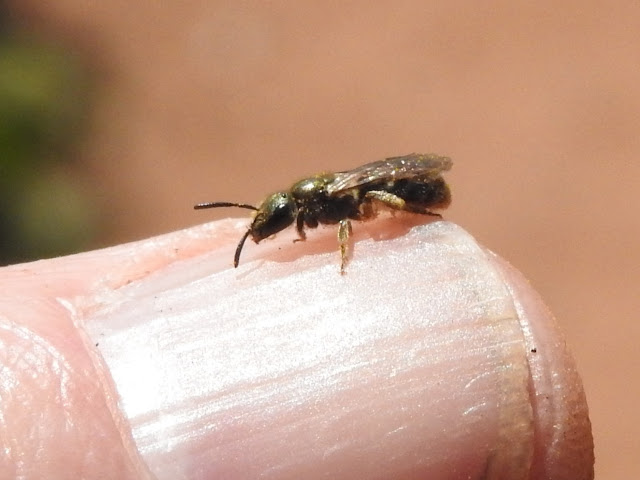 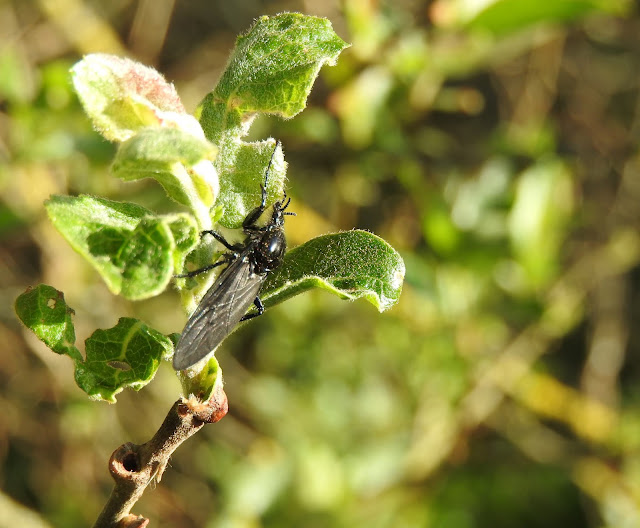