Spring continued to arrive with a single Wheatear by the hide, at least seven Chiffchaff around the site, a couple of migrant Song Thrush on the Point and a dozen each of Meadow Pipit and Lesser Black-backed Gull overhead. Elsewhere a first winter Little Gull, two Pale-bellied Brent Geese and two Slavonian Grebe were in the estuary, 14 Red-throated Diver and 25 Great-crested Grebe were on the sea with 965 Herring Gull and 145 Dark-bellied Brent Geese on sandbars offshore. 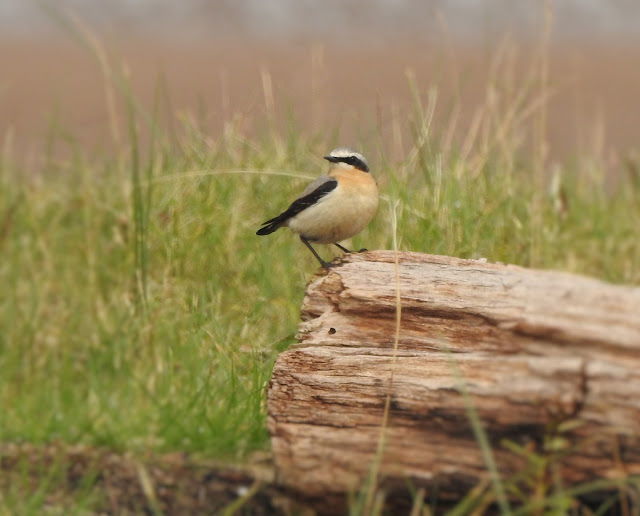 Wheatear - Alan Keatley
Wildlife News: The first Small Tortoiseshell of the year was along the Dune Ridge.
Posted by Dawlish Warren at 21:58