A typical midsummer day with 65 Curlew, 44 Black-headed Gull and three Redshank in the estuary presumably including some returning breeders with the summering group of 38 Bar-tailed Godwit. Elsewhere 40 Common Scoter were offshore and a pair of Cirl Bunting were collecting food along the Back Path. 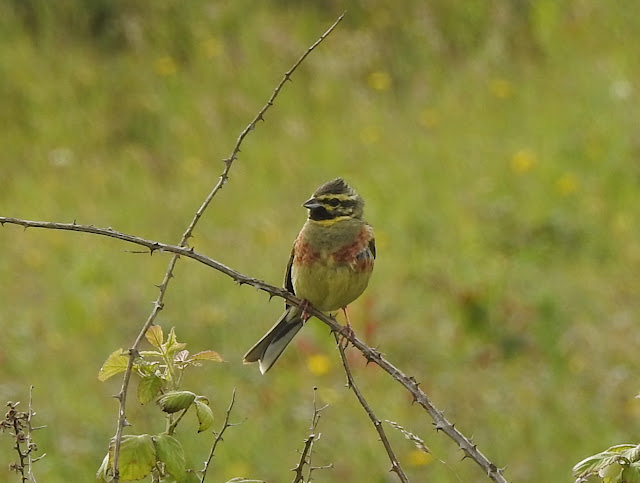 Cirl Bunting - Alan Keatley
Wildlife News: The warm afternoon brought out the first Common Darter of the year with Emperor Dragonfly also on the wing. 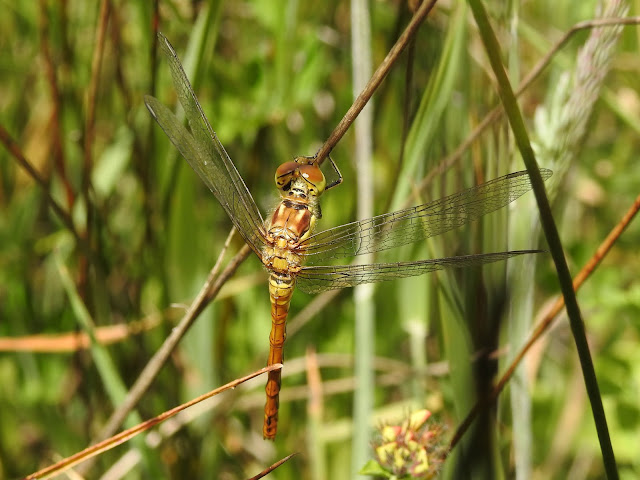