The fresh mild southerly drew focus towards the sea again but whereas yesterday’s 1½ hours early morning effort produced just one Gannet, today paid dividends with a Long-tailed Skua slowly through south at 09:15. Also south went 66 Gannet, 17 Kittiwake, 13 Common Scoter, nine Great Skua (including one out of the estuary), five Fulmar, four Great Northern Diver (plus a diver sp.), three Razorbill (plus 5 auk sp.), an Arctic Skua (plus two skua sp.) and one of the semi-resident Eider. 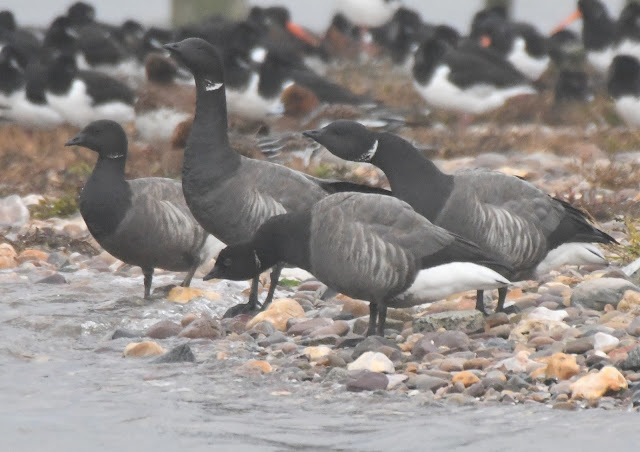 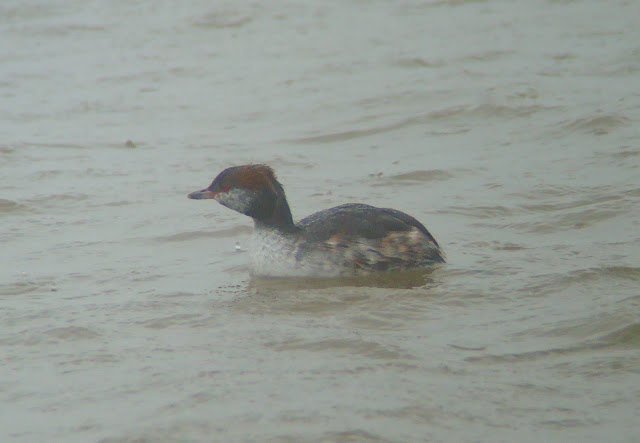 Slavonian Grebe - Lee Collins. Herbert has been resident for the last 11 years.

Refugee gulls were abundant and of 276 Great Black-backed Gull, 70 made to out south during the morning.  Among those that remained, largely on Finger Point, they were joined for 20 minutes by an adult presumed Baltic Gull.  It’s distinctly velvety and blacker upperparts stood out against the backdrop of Great Black-backed Gulls, emphasised by the absence of white primary tips; a single mirror in P10 and generally delayed moult except for dropped inner primaries, and its long attenuated appearance all made for a good candidate. Notwithstanding conjecture about its actual identify, this was a beautiful gull. 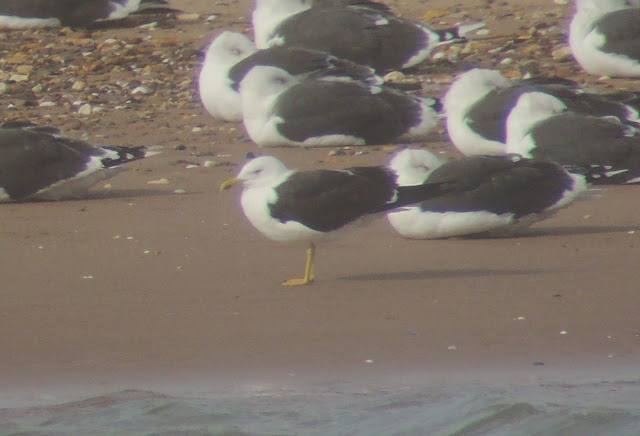 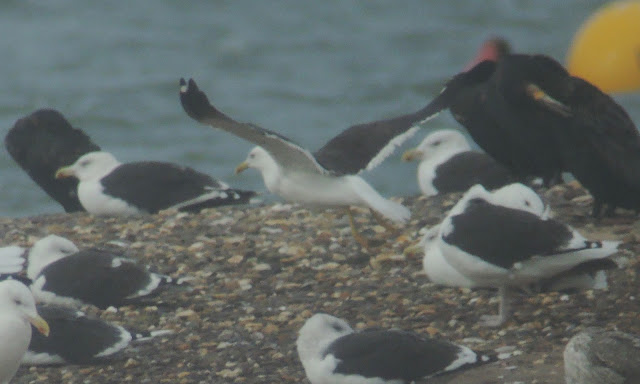 Elsewhere, the bushes were blown out and offered little more than 28 Goldfinch and 7 Chiffchaff.  Three Raven seemed to be enjoying the breezy conditions, but 13 Skylark ardently pressing into the headwind not so much.