A remarkable day that saw the highest bird species total (93) since 7th September 2014, some heavy movement overhead and a number of site rarities. Light winds and clear skies after an unsettled period provided a window for migration and sky watching observers (max 11¾ hours) were rewarded with numerous highlights topped by a flock of five Great White Egret that flew past and up the Cockwood Valley c.10:30.  Earlier in the morning presumably the same flock appeared at Abbotsbury and then headed west past Bridport and Charmouth, Dorset.

A presumed sixth Great White Egret flew out to sea at dusk circling high with gulls before drifting south. Earlier in the day a juvenile White-fronted Goose was part of a high V-formation migrating flock of 28 Cormorant that flew S early afternoon.

The day’s highlight was a juvenile Barred Warbler that showed well at times in bramble bushes around Greenland Lake into the evening when sunning itself after bouts of munching blackberries and Asparagus berries; the site’s ninth bird and the first since 2011. Eleven Chiffchaff and a Blackcap were the only other warblers today. Migrants through the site included some of the 17 Greenfinch, 13+ Stonechat (year max count) and four Wheatear. 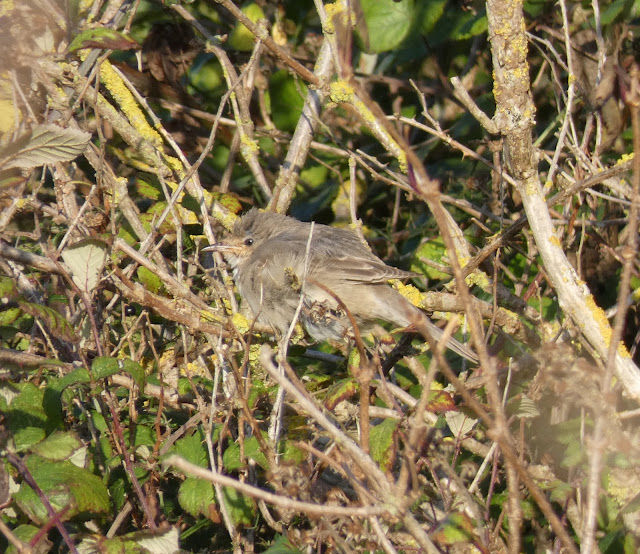 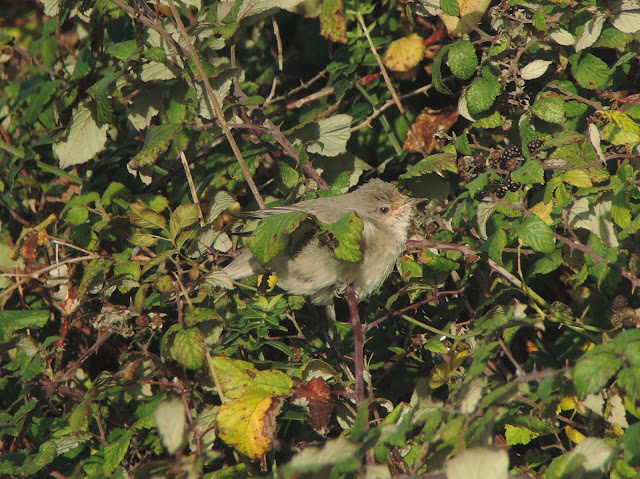 Elsewhere yesterday's Cetti’s Warbler was calling and singing from the Main Pond, where also a Kingfisher, Grey Wagtail and Water Rail were heard. In the estuary, 91 Great Black-backed Gull; a Little Grebe continued to follow around the resident Slavonian Grebe. The neap tide didn’t push enough waders in to count. offshore there were four Mediterranean Gull, three Common Scoter, the two Eider and two Red-breasted Merganser flew out of the estuary at dusk. 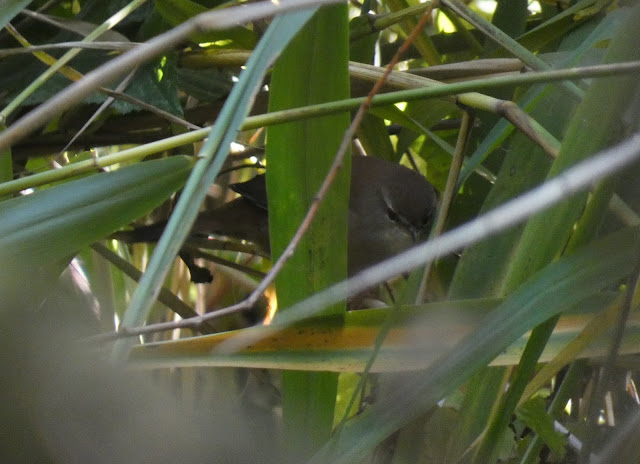 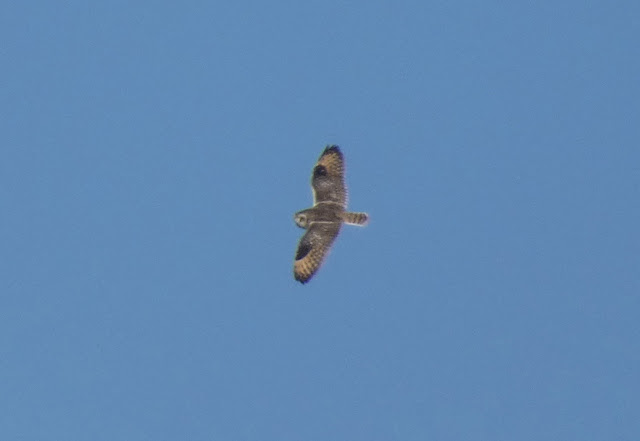 Wildlife news: A female Vagrant Emperor zoomed around the Greenland Lake area, the third site record. The afternoon sunshine also brought out several Common Darter and Migrant Hawker, a late Hornet, eight Red Admiral, four Clouded Yellow, two Painted Lady (a Stonechat ate one of them) and a few Small Copper and Specked Wood. A group of Fly Agaric by the Main Pond appear to be the first record since 1955! 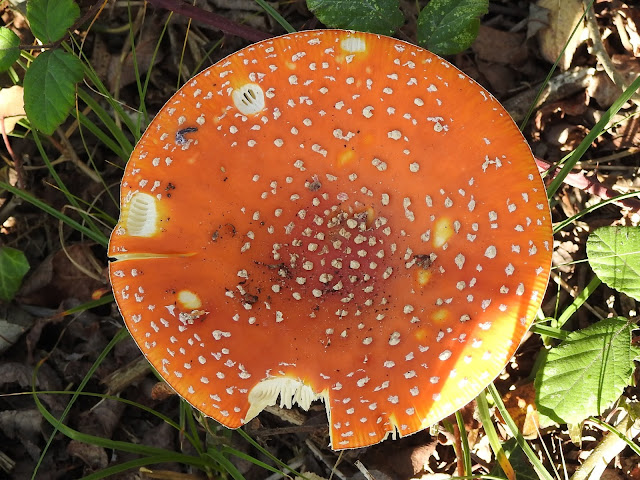 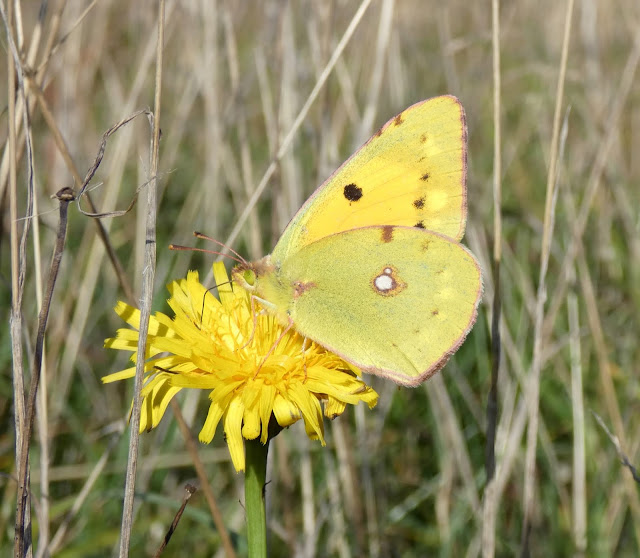