Approximately 130 spiders species out of British total of 670 have been recorded at the Warren, however most are old records pre 2000, including Euophrys herbigrada at one of only four UK post 1992 locations. With no recent spider surveys there is scope to refind this and no doubt discover many more species. One nationally scarce sand dune specialist recorded was the Dune Jumper Marpissa nivoyi with the locally rare Alopecosa cuneata also discovered this year. 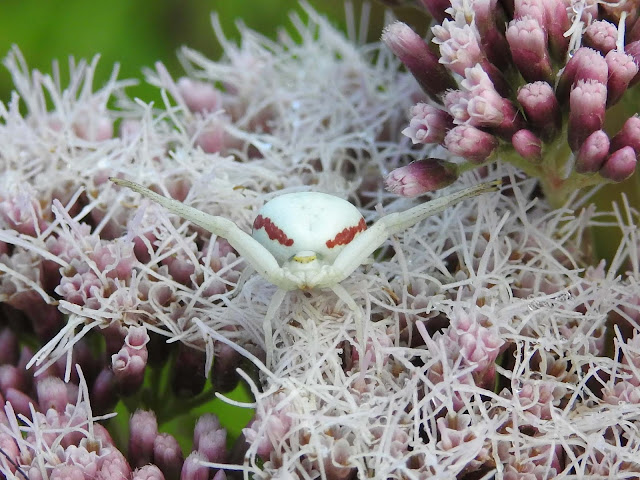 Elsewhere the Flower Crab Spider Misumea vatia could be found hiding amongst the flowerheads, the Missing Sector Orbweaver Zygiella x-notata was around the Amusements and on wooden fencing the ever alert Zebra Jumping Spider Salticus scenicus. However the spectacular looking Wasp Spider Argiope bruennichi, once a feature of the nature reserve, was limited to a single sighting. Requiring areas of uncut vegetation over winter, it has been scarce in recent years and next year should be looked for in any undisturbed and uncut areas of grassland. 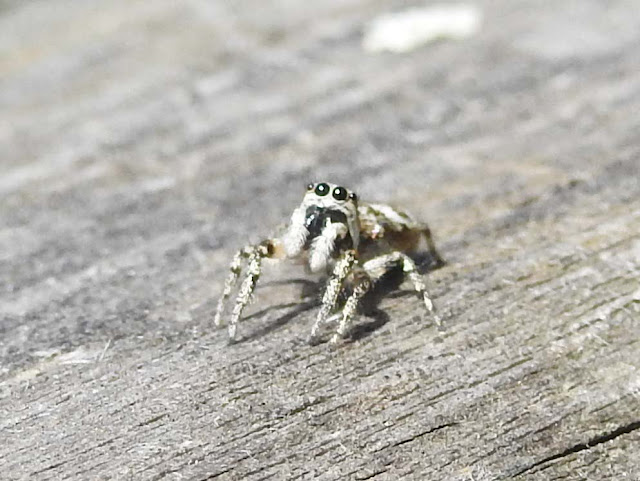 There were no new species this year to add to 21 previously recorded at Dawlish Warren, but bearing in mind that the British total is just 34 this was no surprise. The new arrival from last year, Roesel’s Bush-cricket could not be found again, confirming the male last year was a lone vagrant. However there was still a good selection around the meadows and scrubby edges. 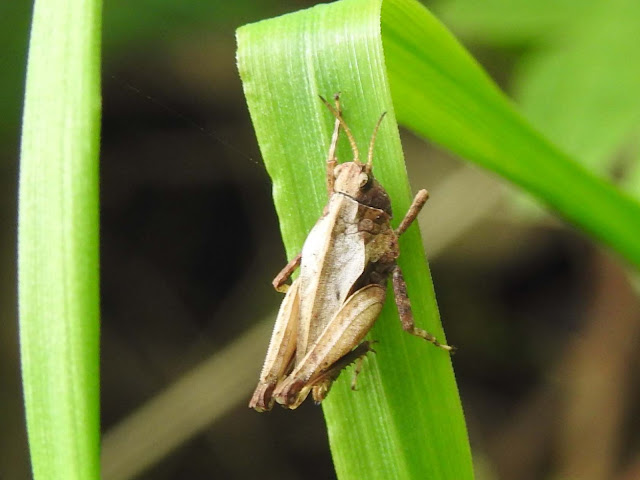 The season started with Common Ground-hopper in April, with Grey, Oak, Speckled and Dark Bush-cricket appearing by mid Summer. Although tall vegetation helped to conceal Long-winged Conehead and Great Green Bush-cricket, their calls give them away and they could still be found with careful looking. No such problem finding the widespread Common Green, Meadow and Field Grasshopper with their giveaway chirping (stridulation) sound coming from areas of short turf. Unfortunately there was no sound or sign of any Mottled Grasshopper or Slender Groundhopper this year. 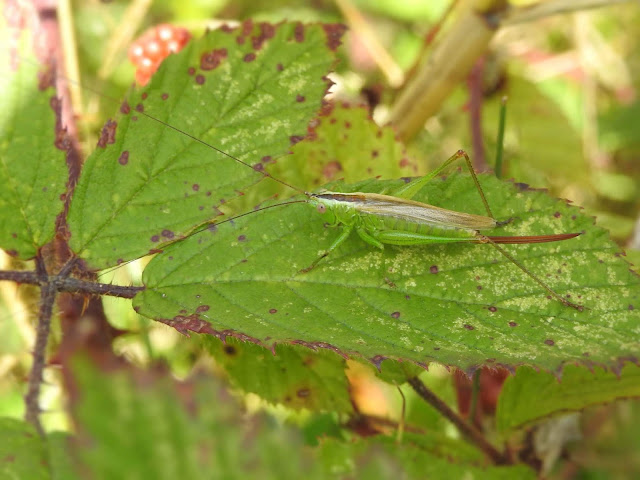 
Related species included Tawny Cockroach and the the ubiquitous Common Earwig. The nationally scarce Lesne's Earwig was relocated but the known wintering population (in umbellifer stems) was unfortunately cut down and then burnt in mid December.