A quiet day with 27 Sandwich Tern, 14 Kittiwake, four Gannet and two Razorbill offshore and the first fledged Reed Warbler at the Main Pond.

Wildlife News: The highlight were two Aethes deaurana, a conch moth that feeds on Alexanders seeds. This is around the 10th record for the UK, most of them between Holcombe and Kenton since 17 May last year, so it is clearly established locally. It was first recorded in Weymouth in May 2017 and is suspected to be established there as well. Migrants included at least 40 Diamond-back Moth, five Silver Y and three Red Admiral. 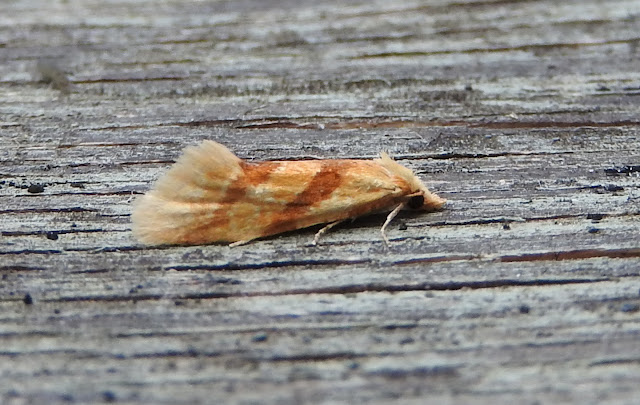 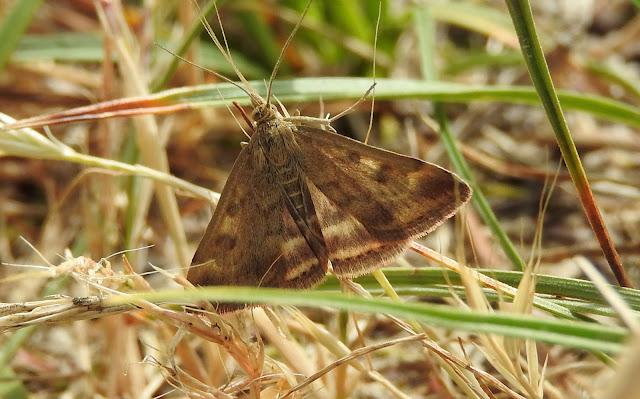