The seven Mute Swan cygnets remain on the Main Pond with two Canada Geese goslings, the adults trying to keep a wide berth of each other. Also at the pond Little Grebe, Moorhen and Reed Warbler.

Wildlife News: Another nationally scarce insect was the highlight, a male Heath Potter Wasp Eumenes coarctatus near Langstone Rock. The second unexpected site record for this localised heathland species, after one in Aug 2018. 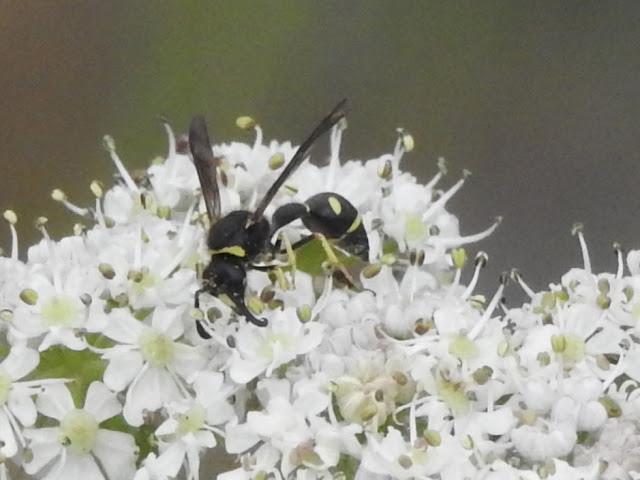 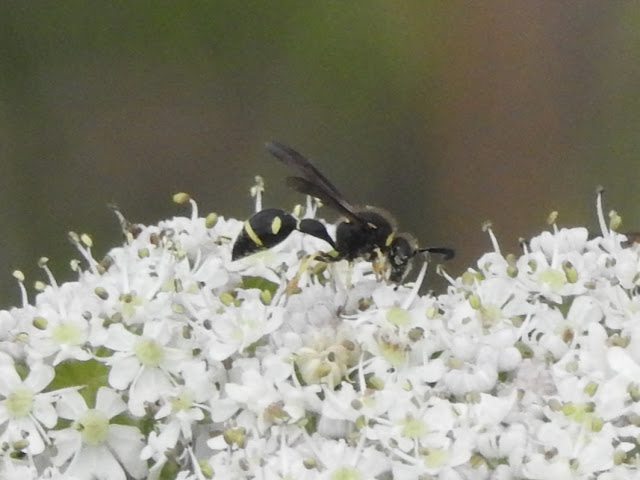 Also on the wing this morning the first Hornet Hoverfly Volucella zonaria of the year and a good number of at least six bumblebee species, including Vestal Cuckoo Bumblebee Bombus vestalis, nectaring on the opening bramble flowers. 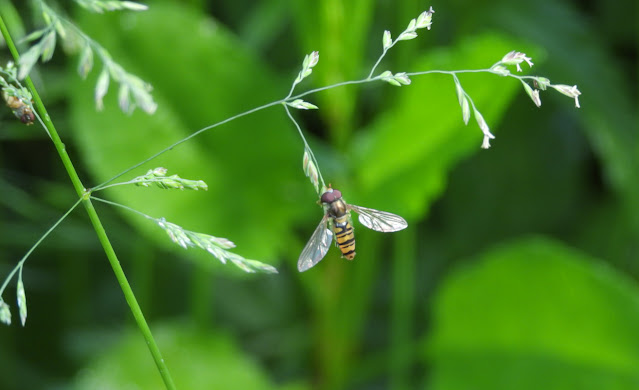