An Osprey over the estuary early evening was the pick of the day's sightings. Also in the estuary 94 Turnstone, six Sandwich Tern, two Whimbrel, two Bar and a Black-tailed Godwit, a Greenshank and the Slavonian Grebe. Elsewhere migrants were limited to five Willow Warbler in the bushes and 12 Siskin overhead, whilst offshore there were five Eider, 22 Great-crested Grebe, five Great Northern and two Red-throated Diver.

Wildlife News: With some lengthy sunny spells the Sand Crocus finally emerged in numbers today. The Grey Seal was in the estuary and two Harbour Porpoise were offshore. 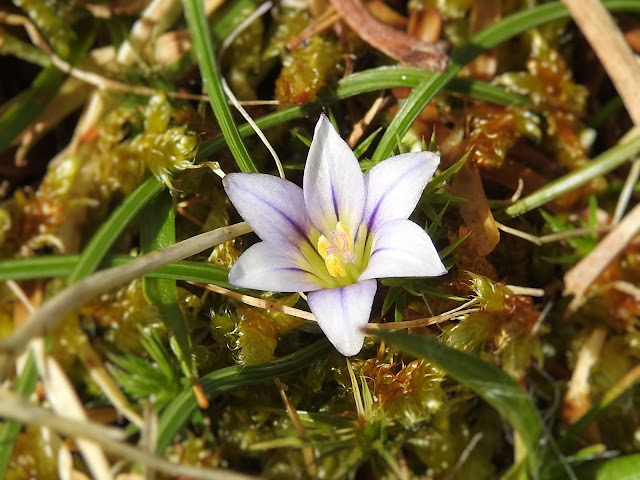