An immature Iceland Gull was again on Finger Point over high tide sat alongside the immature drake Eider and an intermedius Lesser Black-backed Gull. Also in the estuary the Slavonian Grebe, 15 Sanderling, 11 Grey and three Ringed Plover, eight Sandwich Tern, a Black-tailed Godwit, a Greenshank and the first summer Mediterranean Gull. Elsewhere three Great Northern and two Red-throated Diver were offshore and a pair of Shoveler were again in the Main Pond. 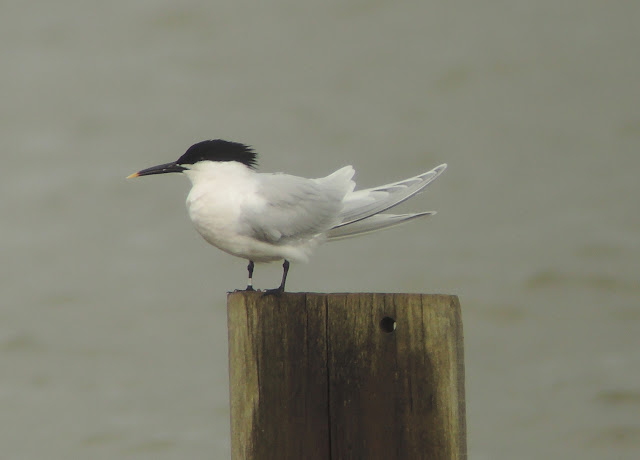 Sandwich Tern - Lee Collins
Ringing News: although regularly suspected as a scarce Spring migrant through the Warren today's intermedius Lesser Black-backed Gull was the first confirmed by a ring recovery. It was rung as a pullus at Lille Slettingen, Norway in 2009. This is the first recovery of it outside Norway.  ﻿
Posted by Dawlish Warren at 21:57