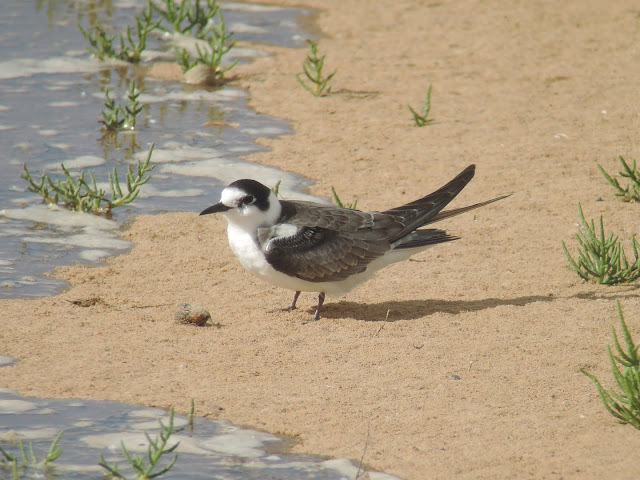 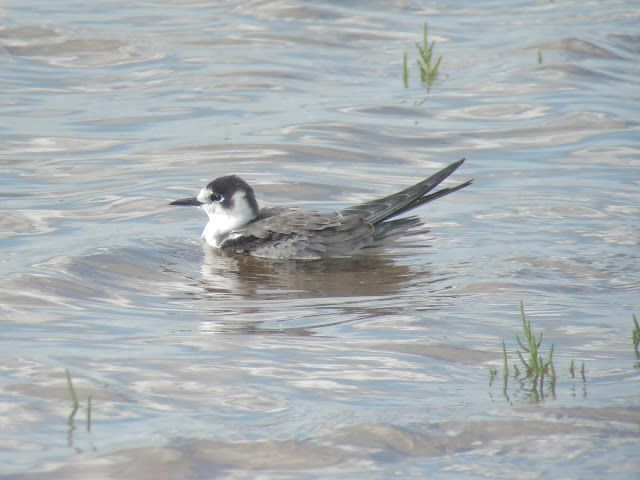 Elsewhere over 100 House Martin were feeding over the site late afternoon, half a dozen Willow Warbler were in the bushes and an Osprey was in the estuary late morning. The potential bird of the day however slipped the net, a probable Great White Egret flew east offshore at 7.30 this morning. It was too distant to clinch but may have been the bird that later dropped onto the Fleet at Abbotsbury, Dorset.

Wildlife News: A new hoverfly for the recording area was found today Eristalinus sepulchralis - the small Spotty-eyed Dronefly. A Wall Brown was on Warren Point and a Painted Lady was watched coming in off the sea early evening. 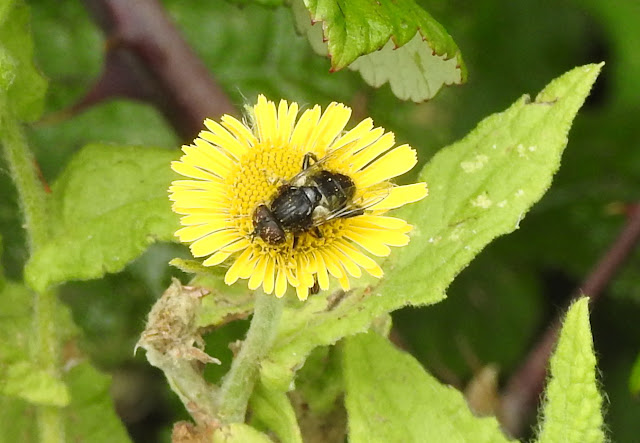 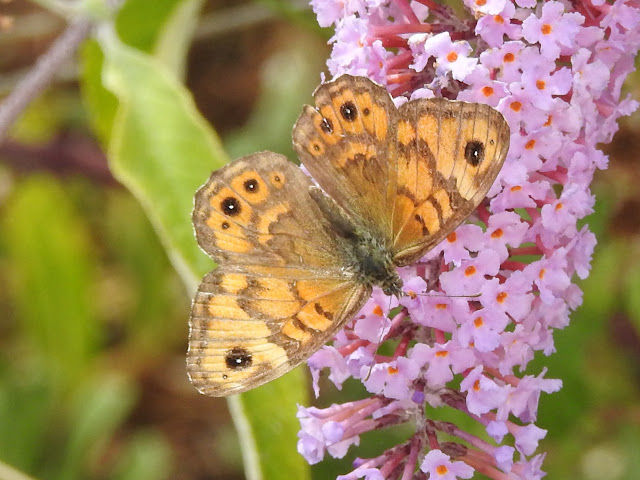