The Little Stint was in the Bight on the rising tide with 270 Dunlin, 221 Ringed Plover, 42 Sanderling and a Snipe. Also in the estuary 169 Sandwich, 41 Common and a brief Black Tern, 20+ Mediterranean and a juvenile Yellow-legged Gull, six Greenshank, the first Kingfisher of the autumn and the Slavonian Grebe. 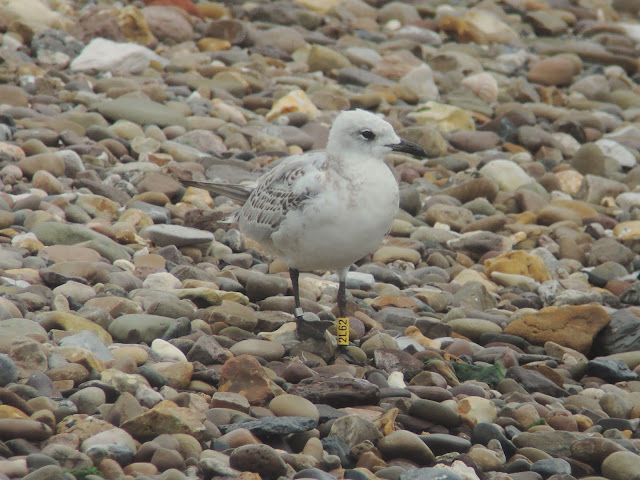 Ringing News: At least six of the Mediterranean Gull seen today were colour-ringed. The bird above is from Langstone Harbour, Hampshire. This the ninth from this scheme recorded onsite this autumn, a great return from the 120 they ringed this year. Also on site today a Mauritanian ringed Sanderling for it's fourth day.
Posted by Dawlish Warren at 21:25