A very windy day with bushes blown out and a low high tide producing very little in the way of waders. Counts from the estuary included 245 Oystercatcher, 85 Brent Geese and 63 Common Gull. Elsewhere two migrant Chiffchaff were by the Main Pond where two Shoveler remain, a Raven was overhead and an Eider was offshore. 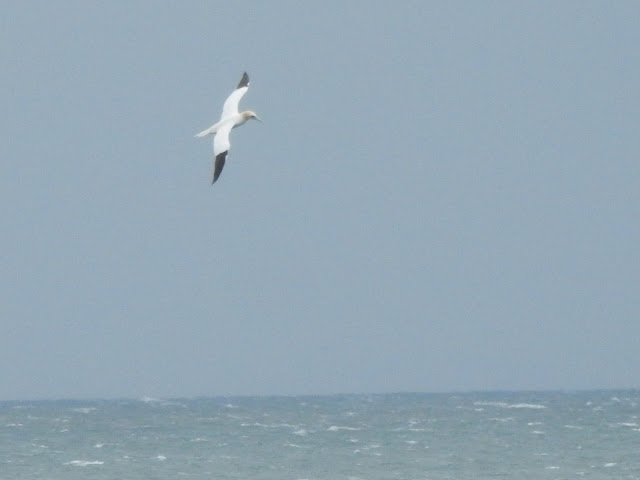 Wildlife News: In the more sheltered areas a few hoverflies including Eristalis pertinax and Marmalade Hoverfly Episyrphus balteatus were on the wing with a queen Common Wasp Vespula vulgaris and the first solitary bee of the year, a Chocolate Mining Bee Andrena scotica. 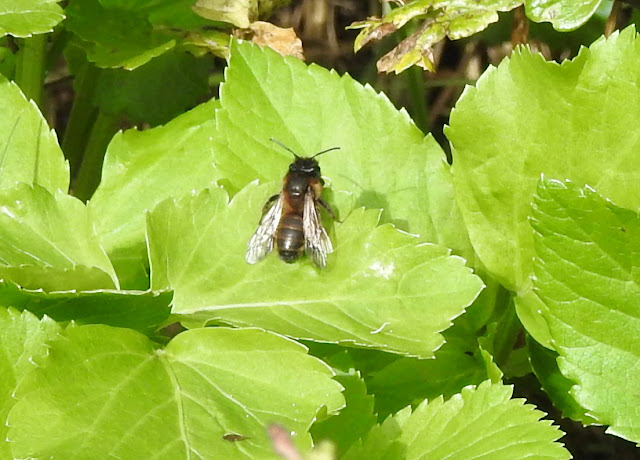