There were no surprises amongst the 10 grasshopper and cricket species recorded this year, although some species, like Common Groundhopper were first noted later than usual. 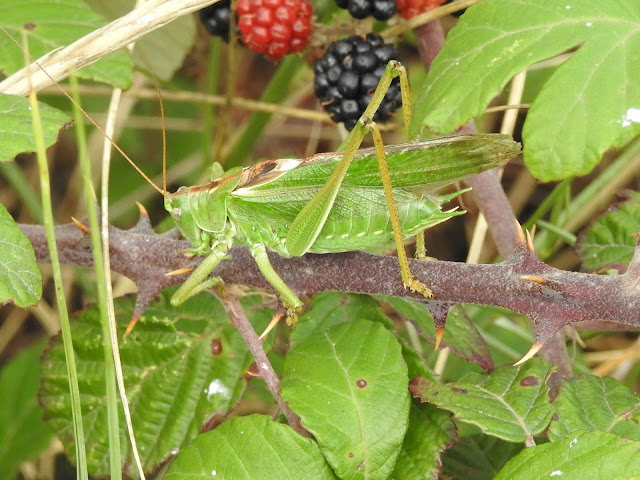 Great Green Bush-cricket appeared in good numbers around the remaining scrub with first instars from 18 May and stridulating males into October. Both Dark & Grey Bush-cricket are now firmly established on site, but, as usual, were not easy to find in the vegetation. The first Oak Bush-cricket of 2020 was found on 15th August with Speckled Bush-cricket more commonly encountered. 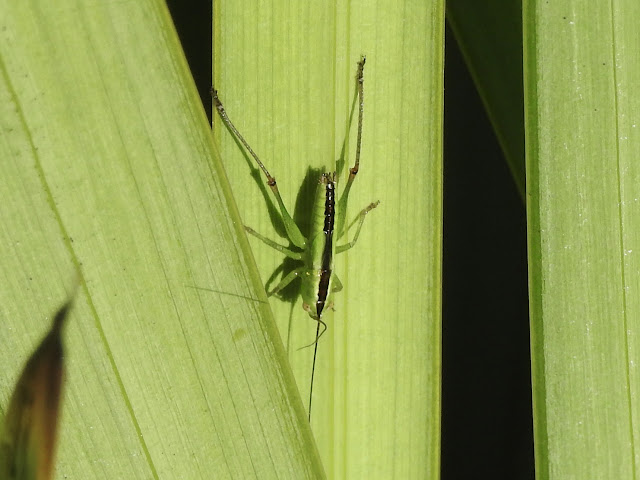 In related orders, Common Earwig were ever present, but no Lesne's Earwig were found around the Buffer Zone following last year's midwinter clearance. Fortunately good numbers of this nationally scarce species were discovered on the Golf Course.

Lesser Cockroach were numerous amongst the dunes from early July with the scarcer Tawny Cockroach recorded on 22 July. 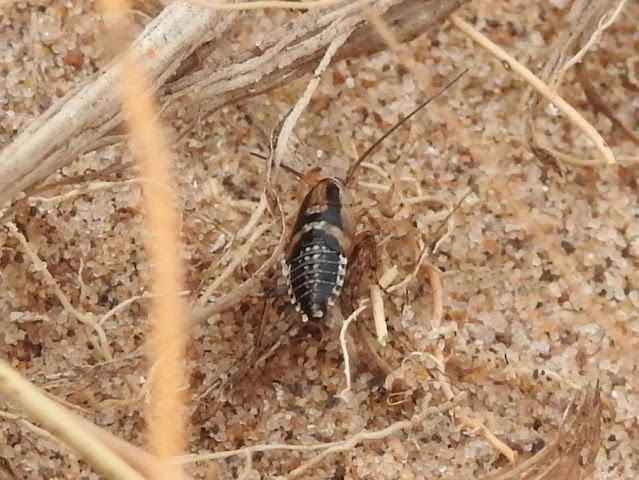