The traditional BSBI New Year Plant hunt saw a total of 32 species in flower including Sweet Violet and Summer Snowflake, a lower total than previous years, but recent mowing reduced the number of flowering plants available. Two species were added to the Recording Area flora during the year, with Water-purslane found near Funder Park and a self-seeded Fuschia discovered growing on the Railway Embankment. 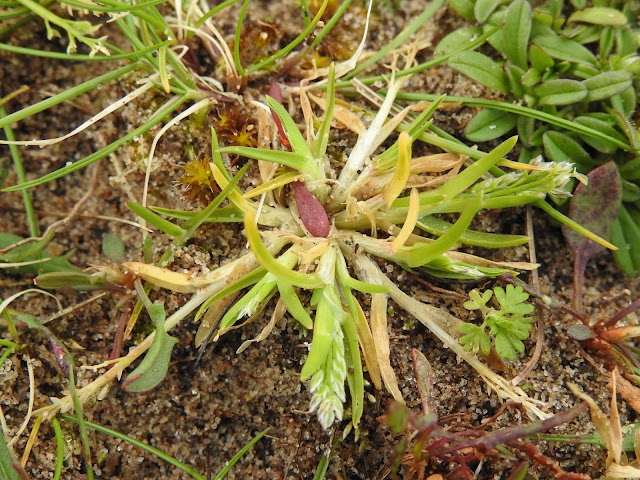 Several plants were rediscovered on site with the Near Threatened Common Cudweed found growing alongside the Water-purslane, Royal Fern making a surprise appearance on the Golf Course, Good King Henry put in one of its sporadic showings and the Altar Lily flowered again in the Entrance Bushes. A second plant of Creeping Willow was also discovered, growing in the slack near the Visitor Centre.

Although not monitored, the Sand Crocus again had an exceptional year, with the rested fairways in particular putting on a good show. The population by the 7th fairway was however damaged by illegal metal detectorists. 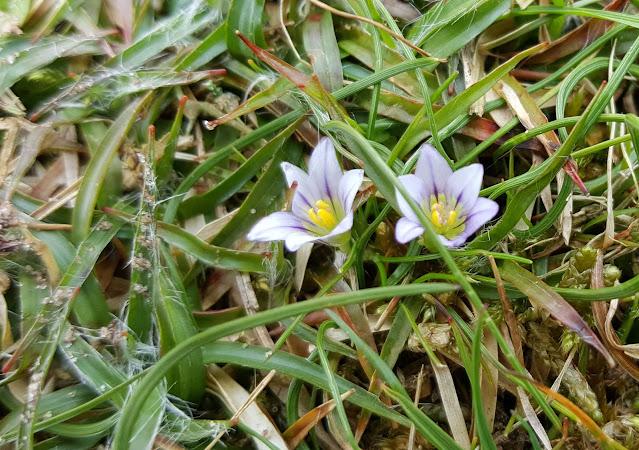 Another short turf specialist, Mossy Stonecrop, increased in the Buffer Zone, but new fencing has removed the path were this has become established, so the lack trampling may remove its niche and encourage other species to outcompete this nationally scarce plant.

Orchids again put on a late summer display with carpets of Southern Marsh Orchid and Marsh Helleborine in wetter areas. The Bee and Pyramidal Orchid colonies again increased and the lone Green-winged Orchid again flowered in Greenland Lake and further plants discovered at a new location on the Golf Course. The last orchid of the year, Autumn Ladies-tresses, appeared early in August, once again overlapping with Marsh Helleborine, but numbers were much lower this year, often limited to wetter areas. The sea defence works aim to return Greenland Lake back to a tidal creek, with the vast majority of these will disappearing under the tide so enjoy them whilst you can.

On Warren Point the nationally rare Sea Daffodil was again in bloom, one of just three locations in the UK.  Also present Orange-peel Clematis but the long established Chinese Tea Plant seems to have been lost. The accelerating erosion removed much of the Desert, an area of Warren Point that had formed since 1992, only a couple of Sea Holly plants remain into the New Year. 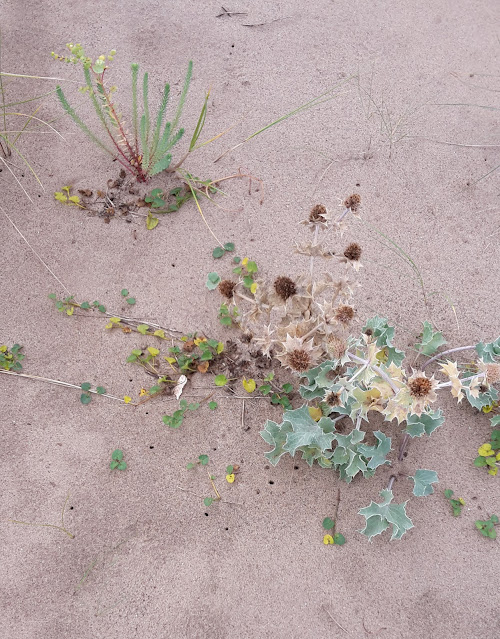 Both Micheli's Balloonwort Sphaerocarpos michelii and Blue Crystalwort Riccia crystallina were again recorded, both also being found in new locations. The Recording Area is one of two Devon locations for these nationally rare liverworts, with the other just the mainland side of the Railway Tunnel, there the populations are however in decline. 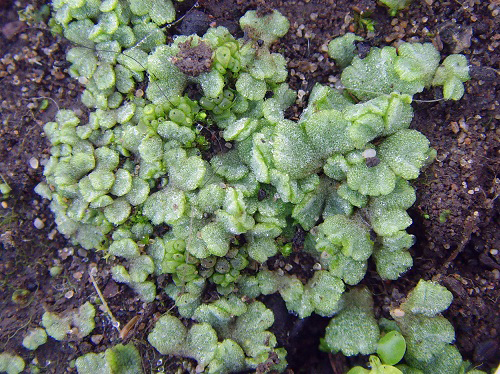 Weedy Frillwort Fossombronia incurva, another nationally rare liverwort, was discovered at a new location on the Golf Course.

At total of 17 new species were noted, the majority of which came from the previously unrecorded seawall. These included Caloplaca microthallina, Porpidia macrocarpa, Protoblastenia rupestris and Verrucaria calciseda. 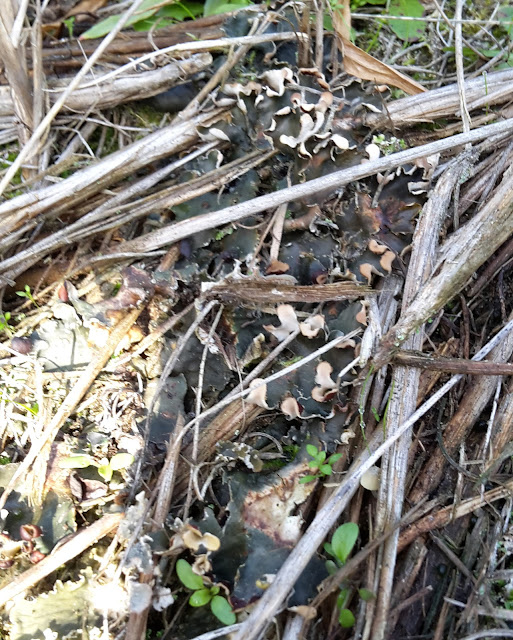 It was an exceptional year for fungi, the warm and wet autumn providing ideal fruiting conditions for waxcaps in particular. In total 44 new species were recorded, taking the Recording Area tally to 675 species, but with 20,000 in the UK there are still plenty to discover!

The Golf Course semi rough held the majority of the interesting discoveries with six species of waxcap including Snowy, Parrot & Cedarwood, three earthtongues, all new to site, and several clubs and corals. The largest area of Earthtongues was however near the new seawall behind the Visitor Centre, with several hundred on show in late November.

Conversely the numbers of fungi around Greenland Lake continue to decline, with very few Parasol or Blackening Waxcap and again no Winter Stalk Puffball. Has the relatively recent introduction of glyphosate to this area negatively impacted on the fungi, as it does with other soil biota? 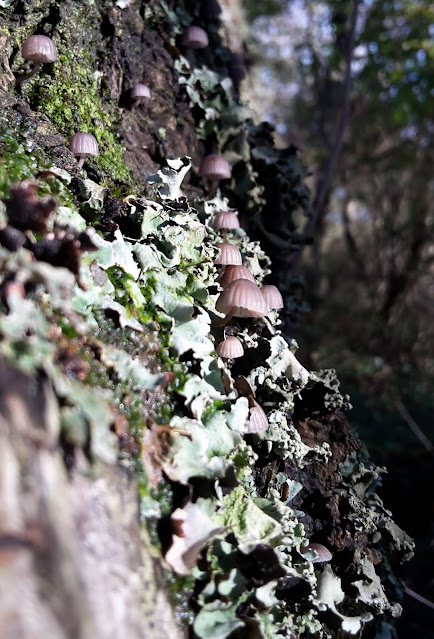 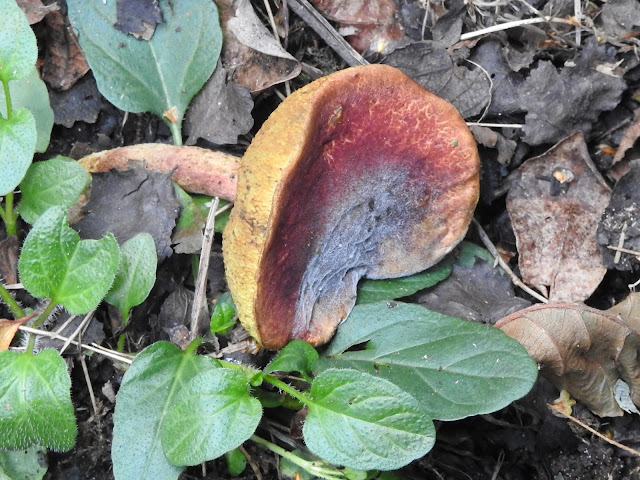