The Barred Warbler remained all day attracting a steady stream of admirers, and at times quite obliging. It was watched feeding on small insects, wasps, rosehips, apples and Honeysuckle berries, so had no shortage of food. 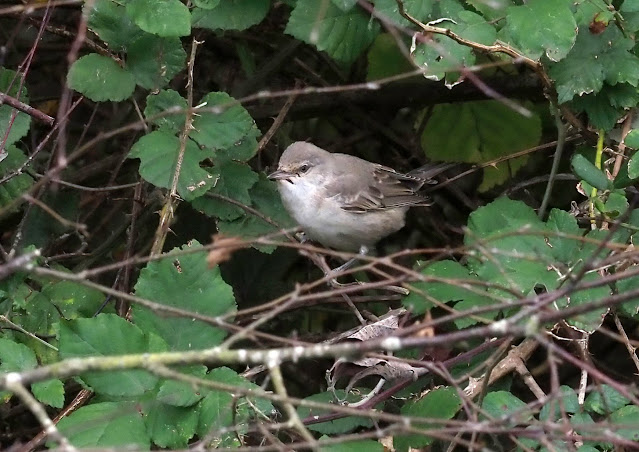 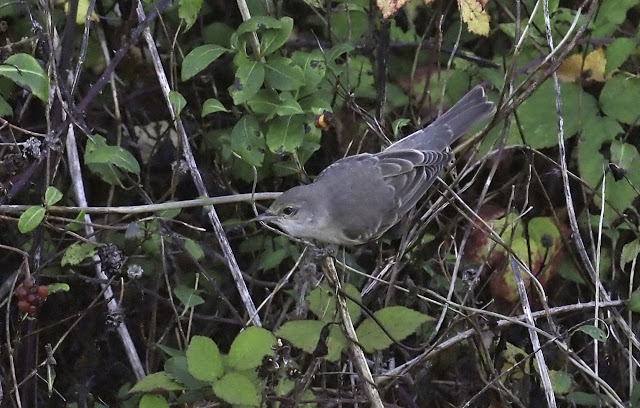 Other migrants were thin on the ground in the blustery conditions, with four Chiffchaff and two Goldcrest with 72 Redwing, 16 Skylark and two Stock Dove overhead.

Wildlife News: The recent rain has brought out an abundance of fungi, with large numbers of Blackening Waxcap and Cinnamon Navel in Greenland Lake, Blushing Milkcap by the Entrance Bushes and and Brown Birch Bolete by Main Pond show of the more distinctive species. A Wood Mouse was sharing an apple tree with the Barred Warbler at one stage, with another hiding under a traffic cone in the Car Park.