Counts from the estuary were hampered by a hunting Peregrine on arrival but once everything had settled down 611 Wigeon, 423 Teal, 81 Dark-bellied Brent Geese, 22 Shelduck and a female Pintail were in Shutterton Creek. As the tide dropped wader counts included an exceptional 406 Black-tailed Godwit, 324 Redshank, 290 Dunlin, 79 Curlew, 61 Bar-tailed Godwit and a good count of 20 Greenshank. Also in the estuary a Red-breasted Merganser, five Great-crested Grebe and two Mediterranean Gull.

Movement overhead mid morning suggested earlier vismig had been missed with 88 Jackdaw through in two flocks, along with four Golden Plover and single figures of Chaffinch, Goldfinch and Skylark. Elsewhere five Chiffchaff were on site, the Cetti's Warbler was at the Main Pond with two Water Rail, a Grey Wagtail and a Kingfisher and offshore seven Common Scoter and a Purple Sandpiper.

Wildlife News: A few hardy Great Green Bush Cricket continue to call at dusk but a male Grey Bush Cricket was unexpected this late in the year. 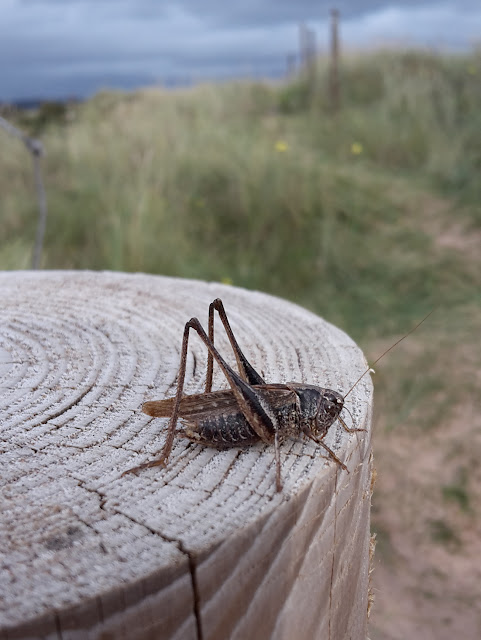