A Cetti's Warbler was at the Main Pond for its third day, only the 12th Warren record, although annual since 2017 in autumn/winter. Also at the Main Pond the first returning Little Grebe and two Kingfisher; elsewhere a Swallow and a Buzzard overhead, the latter perched up in Dead Dolphin Wood where there were three Goldcrest.

In the estuary the first three Red-breasted Merganser of the winter along with eight Greenshank and four Sandwich Tern and three Pale-bellied Brent Goose.

Wildlife News: The flowering Ivy remains a magnet for late insects, with a couple of Noon Fly Mesembrina meridiana amongst the numerous wasps and bluebottles an overdue first for the year. 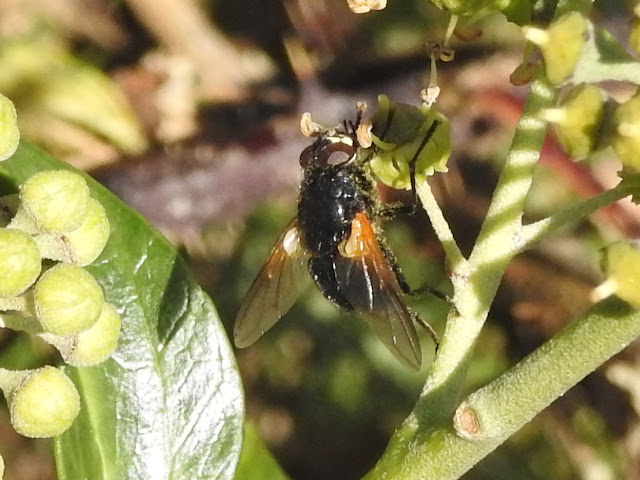 Butterflies were restricted to a lone Meadow Brown and a couple of Peacock and Red Admiral with remaining dragonflies limited to a few Common Darter, Migrant Hawker and a Southern Hawker. 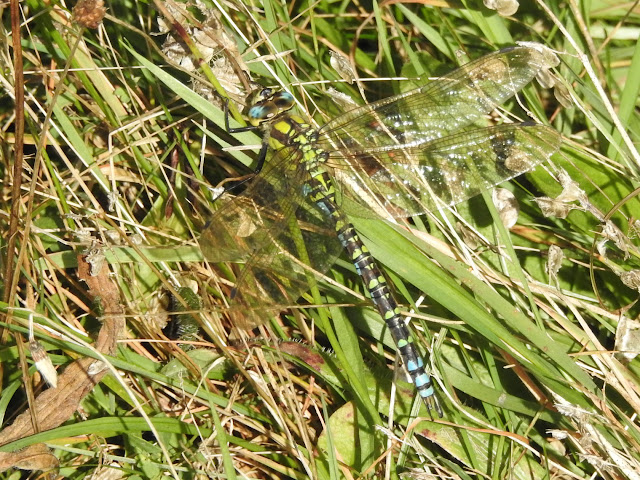