A quiet day with both high tides in darkness and no movement overhead. The calm flat sea did allow for four Red-throated and three Great Northern Diver to be located from the seawall with 60 Gannet, nine Great-crested Grebe, five Razorbill, three Common Scoter and a Guillemot also offshore.

Elsewhere 208 Dark-bellied Brent Geese were feeding off the beach at low tide, three Mute Swan, an adult and two juveniles were on the Main Pond, three Chiffchaff and two Bullfinch were in the scrub and finch numbers have dropped with 40 Linnet, 30 Goldfinch and 10 Greenfinch still feeding around site.

Wildlife News: A good range of insects remain on the wing in the exceptionally mild temperatures, but with cold weather forecast next week probably not for much longer. Several queen Buff-tailed and a couple of Common Carder Bumblebee were on the wing along with seven hoverfly species including an exceptionally late Gossamer Hoverfly Baccha elongata at the back of crocus compound as well as a few Marmalade Hoverfly Episyrphus balteatus and Tiger Hoverfly Helophilus pendulus. 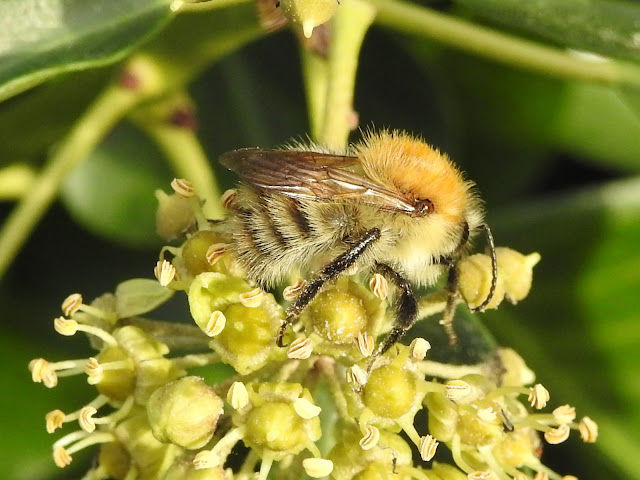 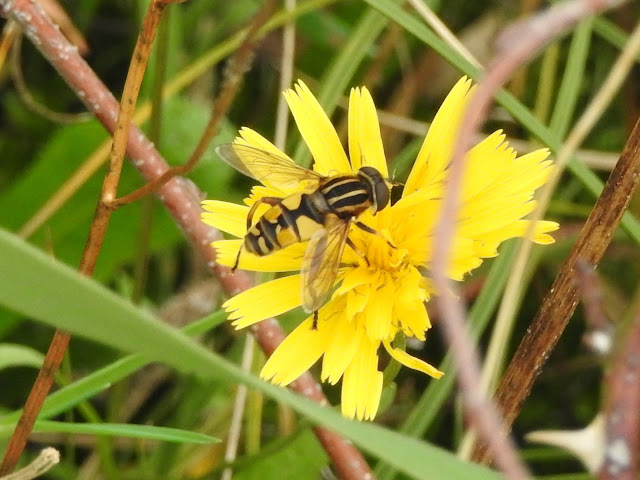 Also still on the wing a Common Darter by the Main Pond and a Painted Lady along the Back Path.