A Snow Bunting on the beach opposite John's Watch was the highlight but was flighty and disappeared mid morning, also new for the year a Fieldfare was over the Entrance Bushes. Other migrants were notable by their absence with just a couple of Chaffinch overhead, although six Chiffchaff were with a large flock of 26 Long-tailed Tit and the singing abientus-type Chiffchaff remains by the Main Pond. 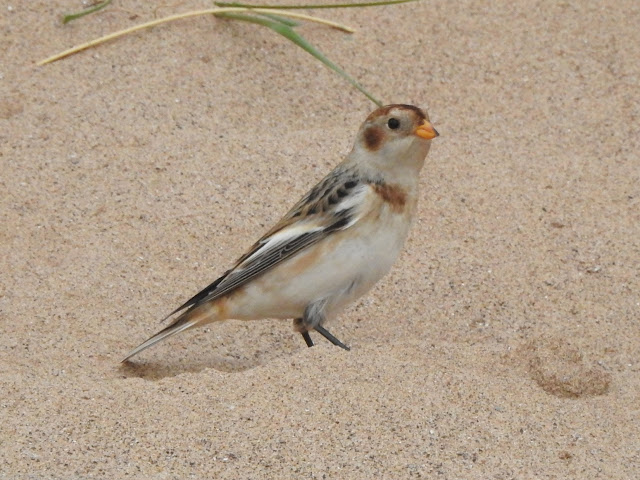 Counts from the estuary included 1800 Dunlin, 145 Dark-bellied Brent Geese, 94 Grey and 29 Ringed Plover, 15 Knot, 10 Sanderling and three Red-breasted Merganser. Elsewhere eight Rock Pipit were in the Bight, 70 Goldfinch were on site and two Great Northern and a Red-throated Diver were offshore.

Wildlife News: A Grey Seal was in the estuary and at least one Common Darter was still on the wing.