Another Caspian Gull, this time a first winter, was on Finger Point over the morning high tide with 40+ Herring and 27 Great Black-backed Gull. 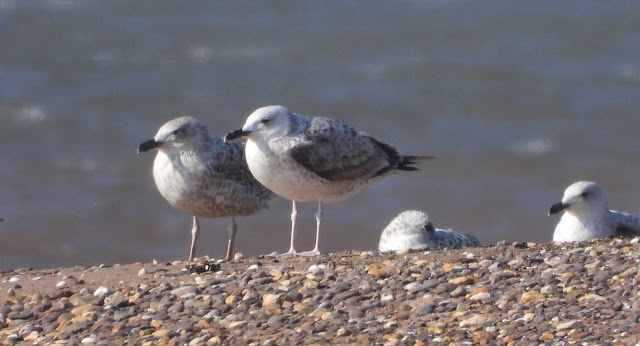 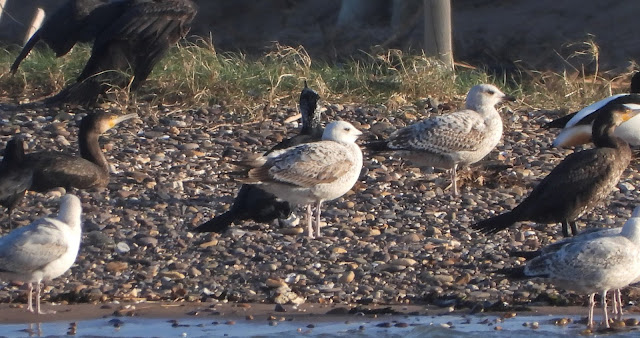 Elsewhere five Chiffchaff were on site and the first Red-necked Grebe since 2020 flew into the bay early morning with seven Red-throated Diver and five Common Scoter also offshore.

Wildlife News: Although sunny there is still no sign of the first Sand Crocus, but the wind kept the temperature down and it was too windy for most insects, although Tapered Dronefly Eristalis pertinax are now holding territory in sheltered glades.