Elsewhere late news from yesterday of the first Willow Warbler of the year, today six Chiffchaff and two Blackcap in the bushes, four Shoveler and a Water Rail at the Main Pond and seven Lesser Black-backed Gull, four Jackdaw, three Rook and three Siskin overhead.

Wildlife News: The high temperatures brought out a group of 30 Rudd at the Main Pond up to the surface, also more insects with Marsham's Nomad Bee, Sandpit Mining Bee Andrena barbilabris, Common Carder Bee, Tree and Red-tailed Bumblebee on the wing with several solitary bee species. Most notable was a clear NE movement of Buff-tailed Bumblebee with 120 estimated to have flown through in just an hour midmorning. 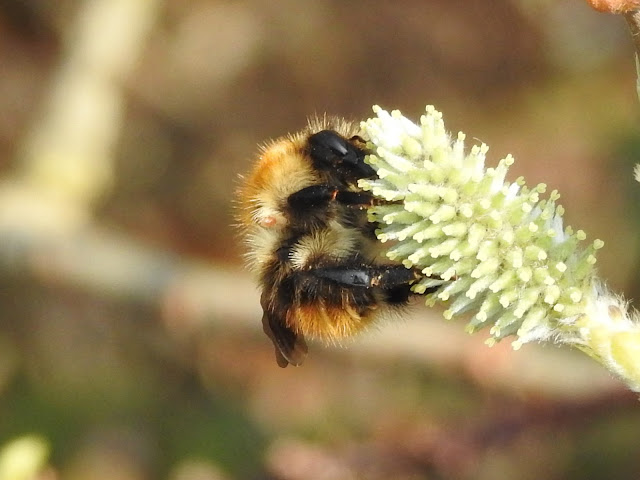 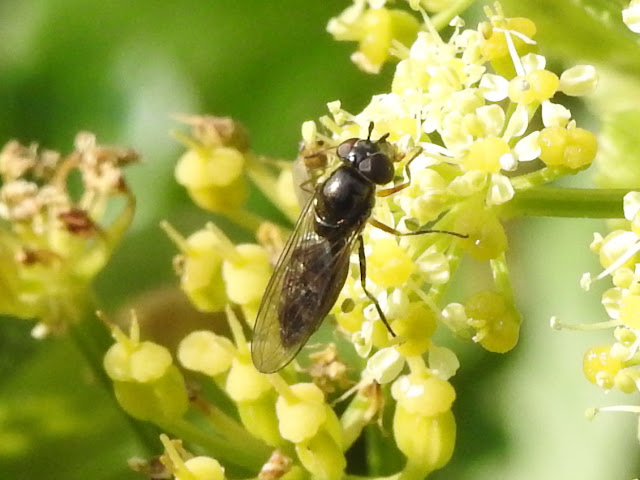 The Sand Crocus was being enjoyed by several visitors with Shepherd's Cress now in flower and Pot Marigold found by the railway. 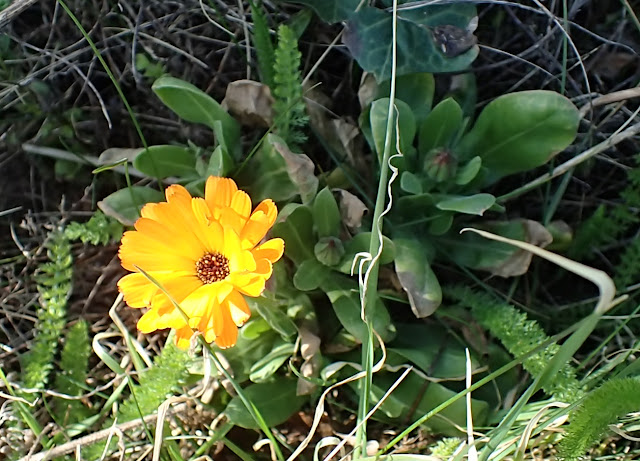