At least 15 Sandwich Tern and 10+ Mediterranean Gull were around the estuary, a family of Reed Warbler were in Dead Dolphin Wood and a Hobby was reported through early morning with a large passage of 'hundreds' of Swift.

Wildlife News: The increasing temperatures saw a good number of insects on the wing, although the drought conditions have seen many plants already finish flowering. A significant emergence of Heather Beetle has also damaged much of the Heather reducing an important late nectar source.

Of the many pollinators noted a Small Shaggy Bee Panurgus calcaratus was new for the Recording Area, this is a scarce, largely coastal, species in the SW and the 68th bee species seen at the Warren. 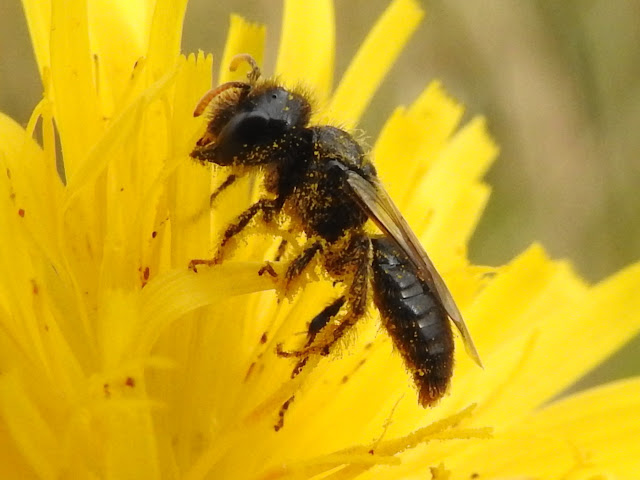 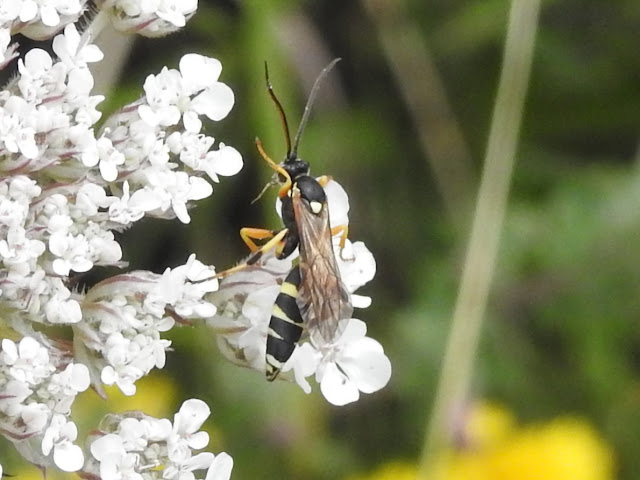