Another excellent day in the field with over 80 species recorded, the only downside the lack of cloud cover meaning most passerine migrants no doubt passed high overhead unheard and unseen. The clear skies did however mean pigeons were on the move, with at least 34,500 Woodpigeon over west during the day, with most (27,000) before 9am. The vast majority headed across the bay with distant dense flocks and lines looking like wisps of smoke with the naked eye.

In the bushes, the Yellow-browed and Willow Warbler remained around the Main Pond, the former remaining very elusive, two Cetti's Warbler and a Kingfisher also there, a Wheatear on the beach and 75 Linnet in the Bight.

Wildlife News: A late Small Copper was on the wing with a Painted Lady, three Common Darter, two Red Admiral, a Peacock and a Hornet. 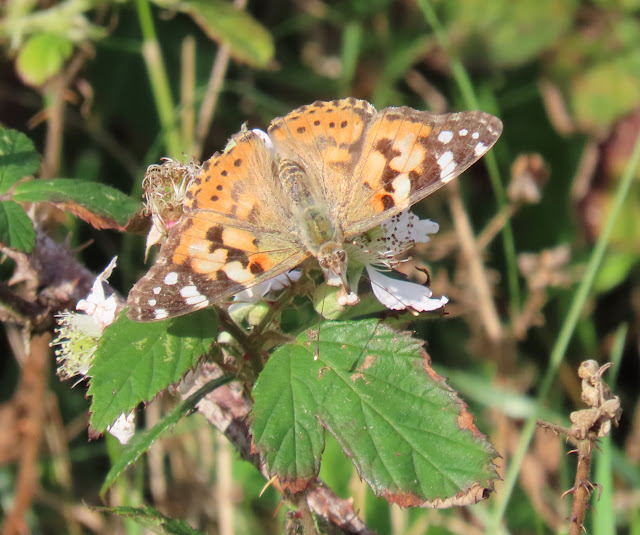