A calm, warm day after the recent storms, which have further reduced the beach levels, even causing Groyne 17 on Warren Point to break away. The lack of wind saw little passing offshore with two Arctic Skua and a Red-throated Diver south before the sun restricted viewing.

Elsewhere a Jack Snipe was in Greenland Lake, five Water Rail, two Cetti's Warbler, a Kingfisher and a singing Little Grebe were at the Main Pond with eight Goldcrest and six Chiffchaff.

Wildlife News: The exceptionally warm weather encouraged a Southern Hawker and six Common Darter on the wing, together with three Red Admiral. 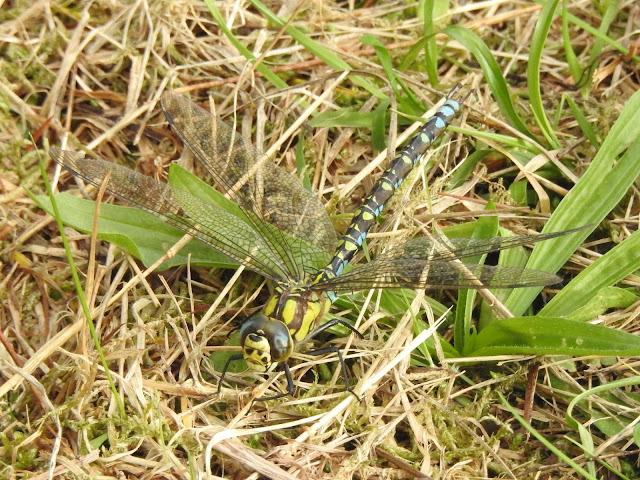 Several Honey Bee and Buff-tailed Bumblebee are still active on ornamental shrubs with a couple of Humming Syrphus S.ribesii hoverflies.

A Hairy Shieldbug was in the Skipper Meadow and the first Turtle Shieldbug Podops inuncta since May 1984 was on the Golf Course. 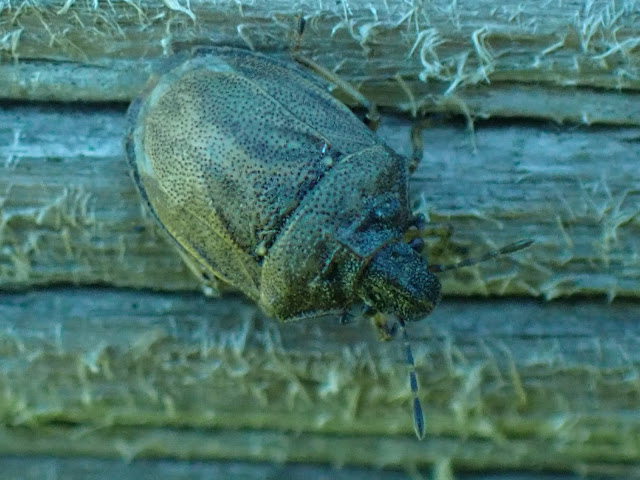