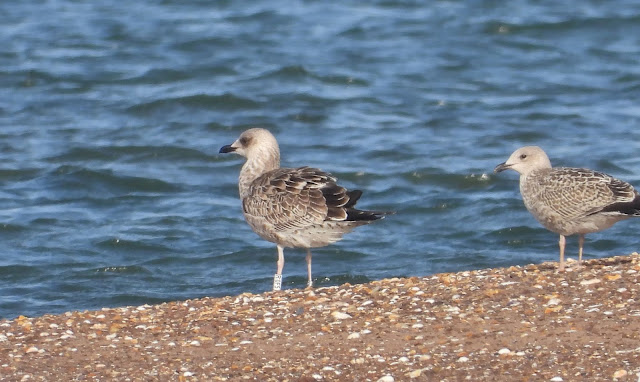 Elsewhere a single Swift was overhead with a dozen House Martin, a Wheatear was in the Bight and a Ring-necked Parakeet added some colour. Blue phase birds are only known from captivity not feral or wild populations. This may be an escape or one of an increasing number of illegally released birds in Devon. 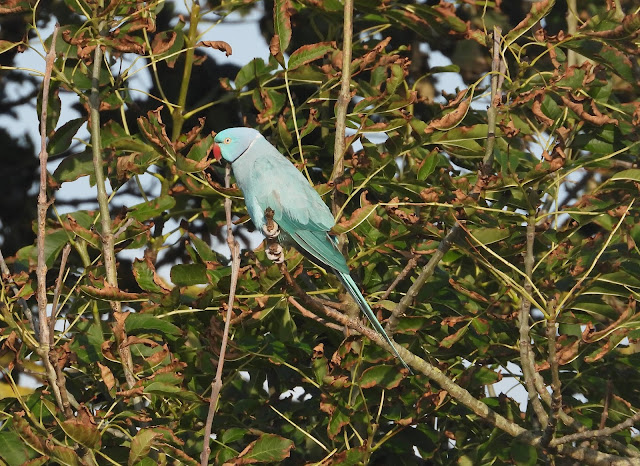 Ring-necked Parakeet - Lee Collins
Wildlife News: At least two of the nationally rare cranefly Geranomyia bezzi were recorded in the Bight, the first sighting since the sea defence work. The Warren is the only regular UK site for this species.
Posted by Dawlish Warren at 22:08