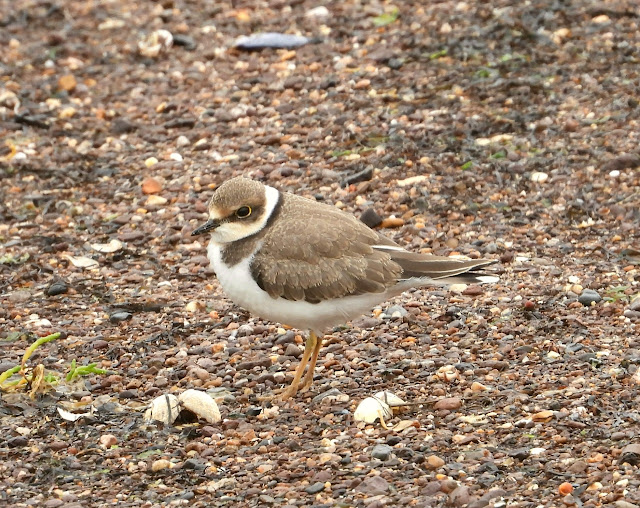 
Highlights were an adult (unringed) Roseate Tern and the juv Black Tern, both at times close in front of the hide.  One of the South Africa ringed Sandwich Tern was also present again. 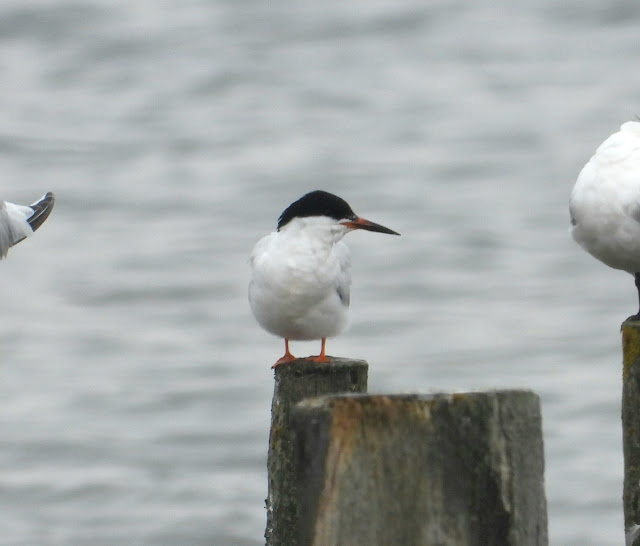 A juv Peregrine put everything up briefly.  And the 'Tunes In The Castle' concert at Powderham, even at two miles away, was absurdly loud enough to get some visitors' hackles up, though attributing increased alertness of waterbirds in response to this additional potential source of disturbance was less straightforward.

On the Main Pond, the first two Water Rail of the autumn squealed from the reedbeds where also heard were Reed Warbler continuing to feed their young and a Sedge Warbler 'tcheked' and popped out after a bit of 'spishing'.

Offshore, rafts of c20 Shag, 15 Common Scoter and just single figures of Gannet and Kittiwake, plus a single Great Crested Grebe.
Posted by Dawlish Warren at 22:24