The once ubiquitous Rabbit had a very poor year with a new strain of Viral Haemorrhagic Disease severely limiting numbers and you were more likely to spot a patrolling Fox during the summer months. 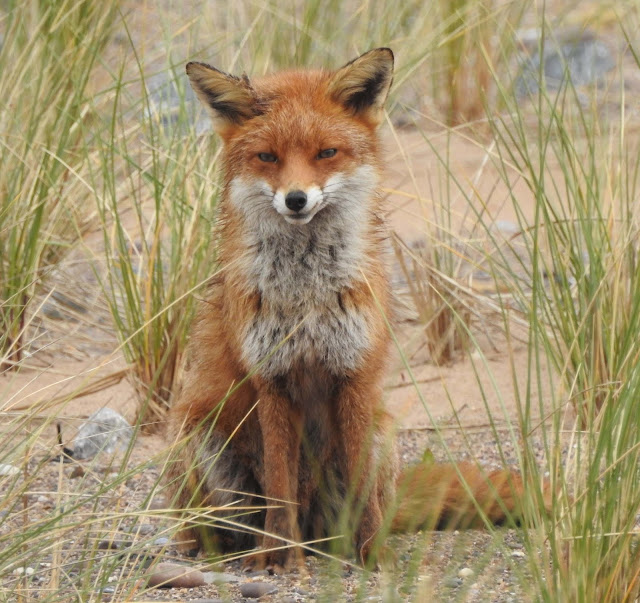 Most land mammals are however elusive on site, though small rodents, like Bank Vole or Common Shrew are occasionally seen moving stealthy through the undergrowth to avoid the attention of a hunting Kestrel. A Water Vole seen early in the year was probably a wandering individual, though signs were also noted later in the year. There was just one sighting of Stoat but no Weasel were seen but their continued presence of both was often confirmed by tracks on the Dune Ridge. Elsewhere fresh molehills can be seen near to the crazy golf whilst Brown Rat seek shelter amongst the boulders along the seawall. Both Common and Soprano Pipistrelle could be seen hunting over the Main Pond at dusk. 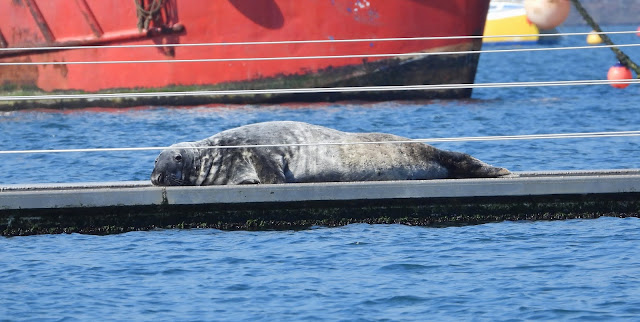 Offshore there has been a complete reversal of fortunes of cetaceans with Common Dolphin living up to their name with several pods seen during the year. Up to 2015 there had only been two records. This compares with previously regular sightings of Bottle-nosed Dolphin; a pod of seven in November was only the second record in the last two years. Occasional sightings of Harbour Porpoise showed this species also on the up. The resident Grey Seal remains faithful to the site, with at least one other individual during the year but the regular Common Seal was not seen. 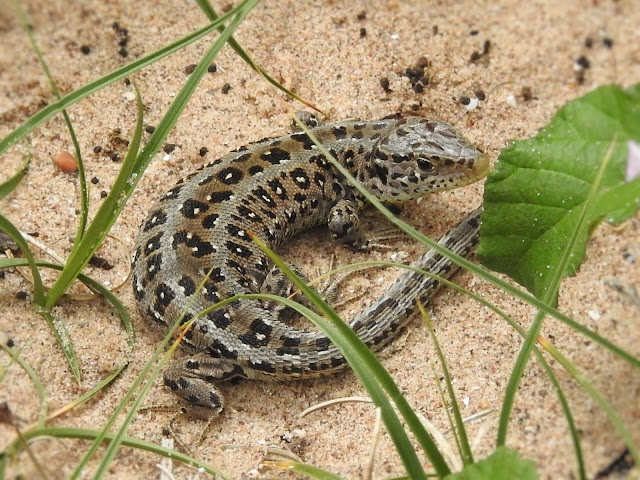 Both Common and the introduced Sand Lizard were frequently seen along the Dune Ridge and Warren Point on warm sunny days, but their breeding areas face constant and ongoing threat from erosion. There were no Slowworm sightings reported this year. However after several lean years Common Toad were back in good numbers with plenty of toadlets seen making their way through the wet meadows during the summer. 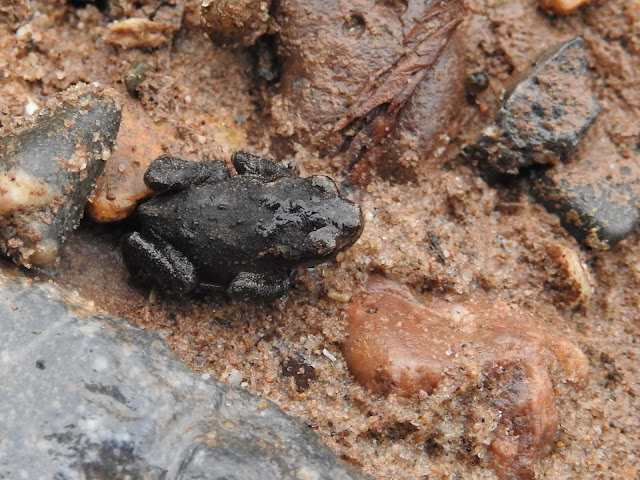