Three immature Spoonbill were the highlight seen heading south over the Buffer Zone and out to sea just after 9am. Apart from that little overhead, except for a single flock of 55 House Martin and 40 Swallow. Five Grey Wagtail past Langstone Rock were notable, but returned soon after, so presumably local birds.

A flock of 17 Avocet that were first seen flying north off Mudbank, Exmouth this morning returned to the bottom end on the evening high tide, via a brief stay at Bowling Green Marsh. They circled the Warren and headed high west before returning. A flock of nine birds east offshore soon after were assumed to be part of the original flock, the first record of the year. 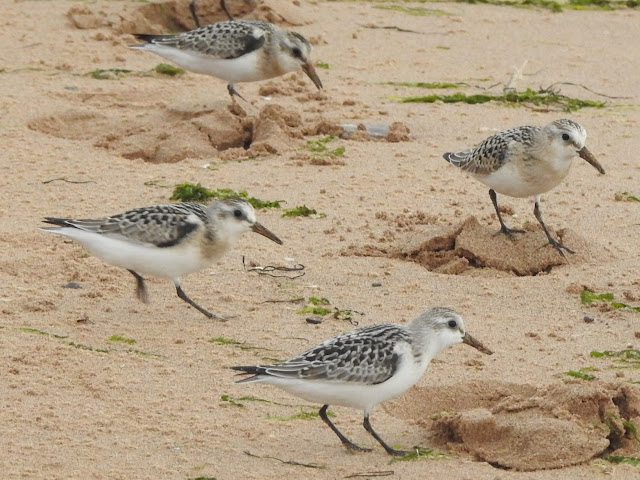 Also in the estuary single Curlew Sandpiper and Spotted Redshank were reported with counts of 136 Dunlin, 118 Ringed Plover, 40+ Sandwich and 10 Common Tern, 34 Mute Swan, 19 Sanderling on the beach, five Mediterranean and three Common Gull, including a smart juvenile, and a Turnstone.

Elsewhere at least five Balearic Shearwater and a dark phase Arctic Skua were offshore, 10 Chiffchaff, three Whitethroat and two Willow Warbler were in the bushes, 90 Linnet were on Warren Point, an immature Yellow Wagtail was around the Bight were 20 Swallow and a Sand Martin fed at high tide.

Wildlife News: A Hook-barred Spearhorn Chrysotoxum festivum was the 48th hoverfly species recorded on site this year, also recorded for the first time in 2022 was the digger wasp Garden Ectemnius E. cavifrons. 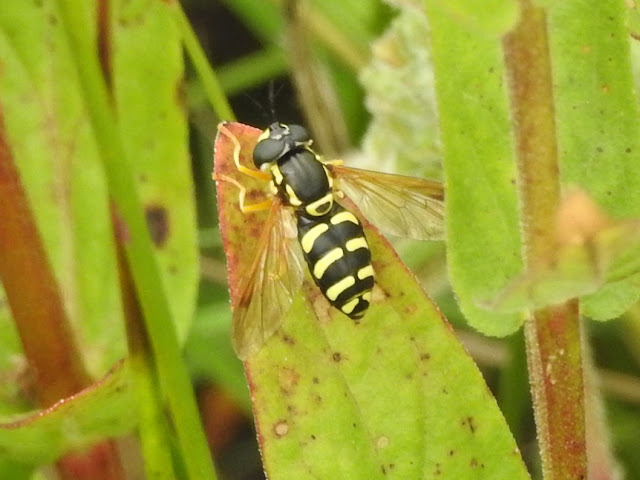 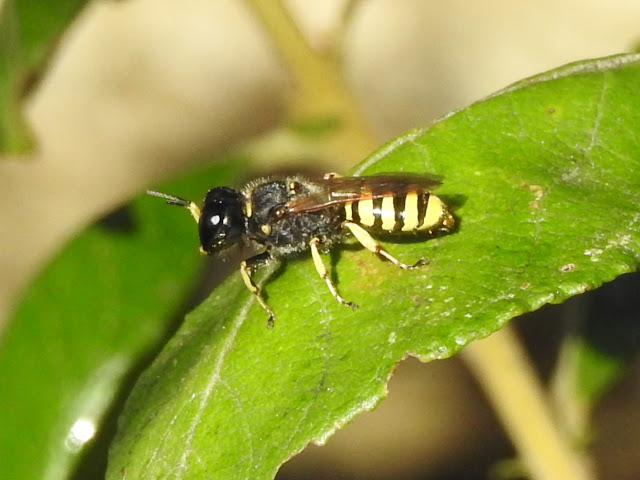 Also on the wing a Clouded Yellow in Greenland Lake, several Migrant Hawker, Heather Colletes again with Hairy-saddled Colletes and a couple of late Silvery Leafcutter on Common Fleabane. 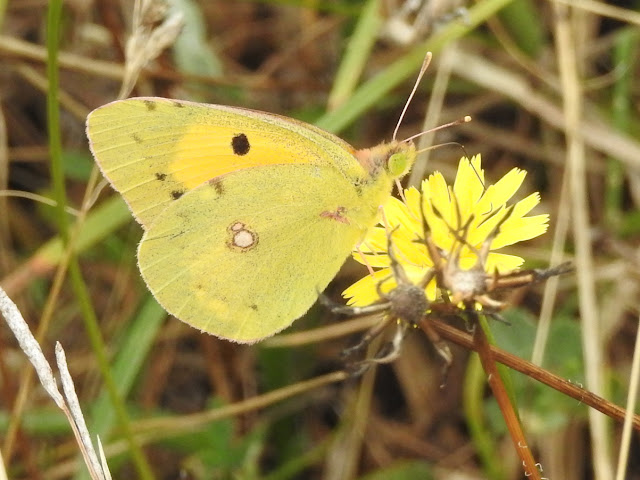