The only news came from the estuary were there was a juvenile Arctic Tern with 60 Sandwich Tern.

Wildlife News: A Clouded Yellow was in Greenland Lake with other butterflies including Brown Argus on Warren Point, with Green-veined White, Common Blue, Small Copper, Gatekeeper and Meadow Brown. A Jersey Tiger was by the Amusements. 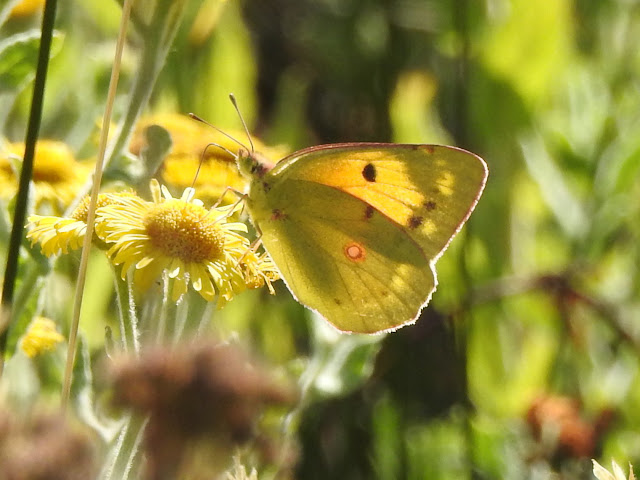 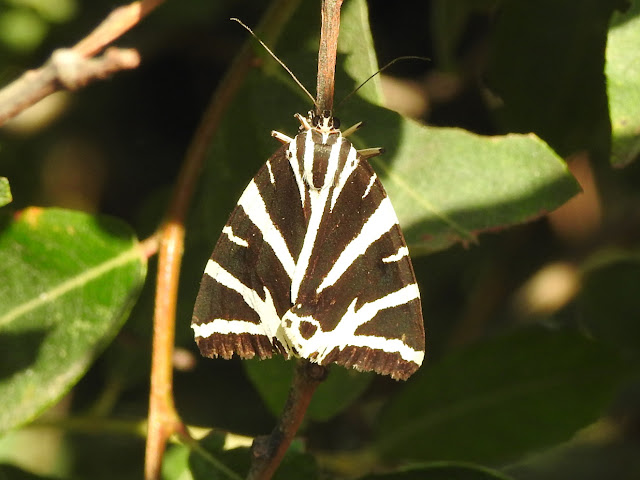 A colony of Common Spiny Digger Wasp Oxybelus uniglumis along the Dune Ridge was also hosting the parasitoid Dark-palped Shadow Fly Senotainia conica. They wait for a wasp with prey and lay its egg on the prey before the wasp enters the nest. 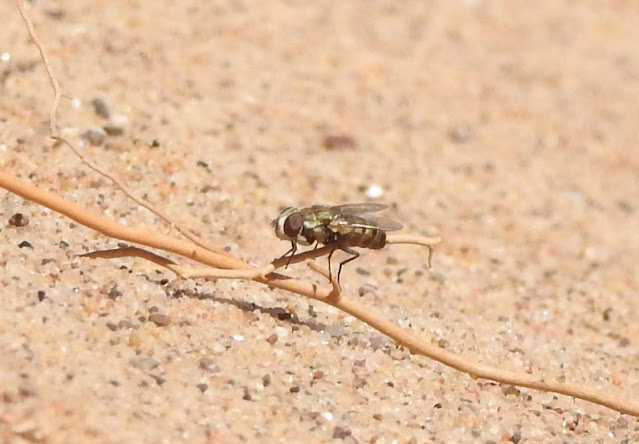 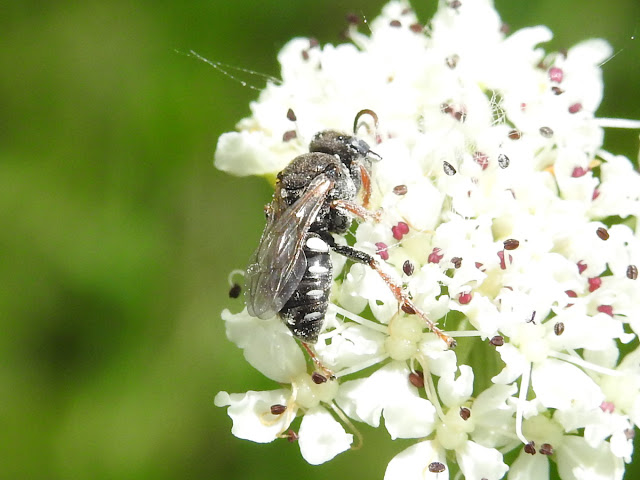 Other species included Glass-winged Syrphus S.vitripennis and Thick-legged Hoverfly Syritta pipiens amongst the few hoverflies, and Pantaloon Bee were on the wing with the other recent bee species.