The juvenile Osprey was again present, but its appearance cleared the Bight of waders with just a few small waders returning to the high tide roost. A hunting female Sparrowhawk added to the nervousness and the year's first Short-eared Owl probably didn't help either. Only the third August record for the Warren 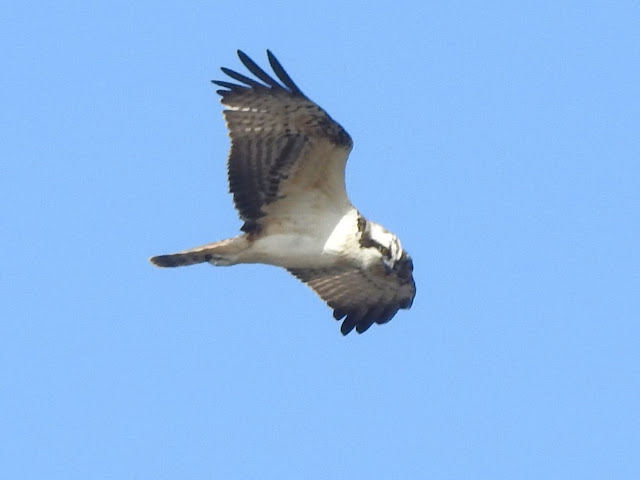 Counts from the Bight included 60 Dunlin, 25 Ringed Plover, five Sandwich Tern, two Greenshank and a Sanderling. A circling White Stork was too high to disturb many waders, it drifted off high towards Mamhead. Presumably a Knepp bird, but Wolverhampton Zoo is also a possible source. 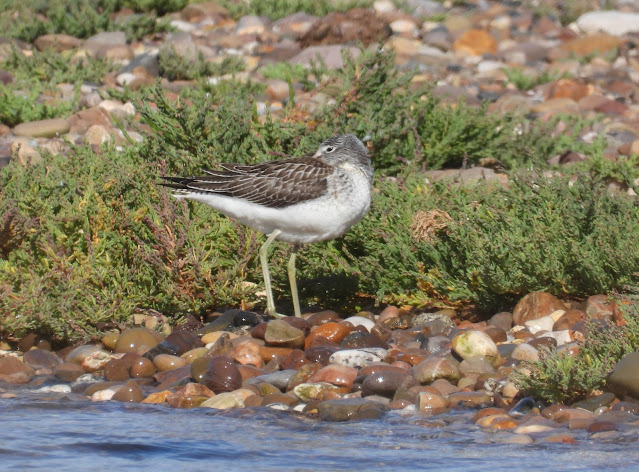 Elsewhere the bushes were quiet, 40 Swallow and two House Martin passed through, a Wheatear was on Warren Point, a White Wagtail was on the Golf Course and a Kingfisher paid a brief visit to the Main Pond.

Wildlife News: White-zoned Furrow Bee Lasioglossum leucozonium and Green-eyed Flower Bee Anthophora bimaculata are still nectaring on the flowering Common Fleabane and Water-mint, although many of these flowers are starting to die off. 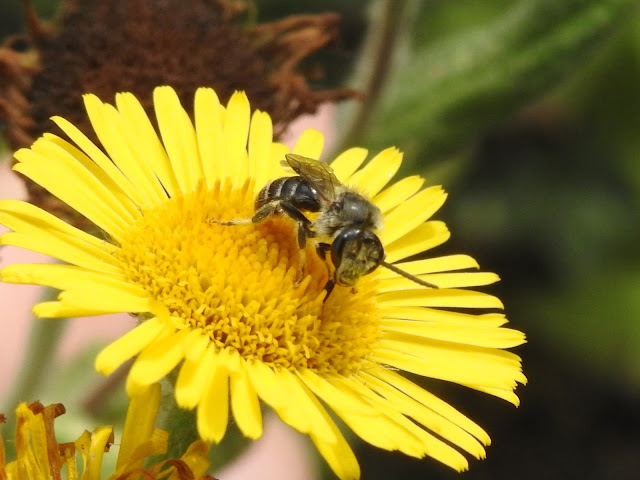 The end of August signals the end of the season for many digger wasp species, however Field Digger Wasp Mellinus arvensis remains active well into autumn. 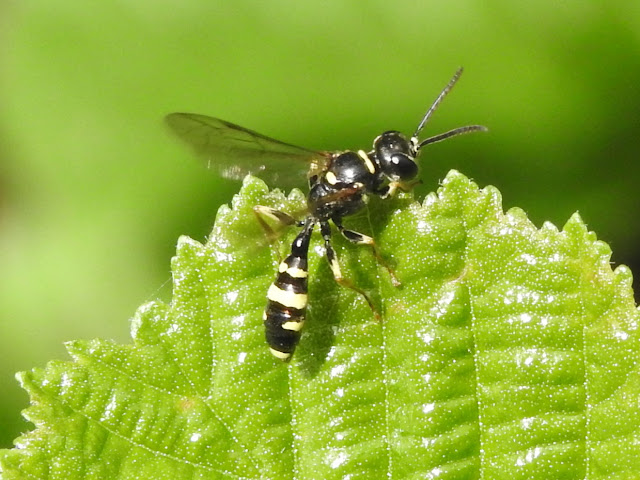