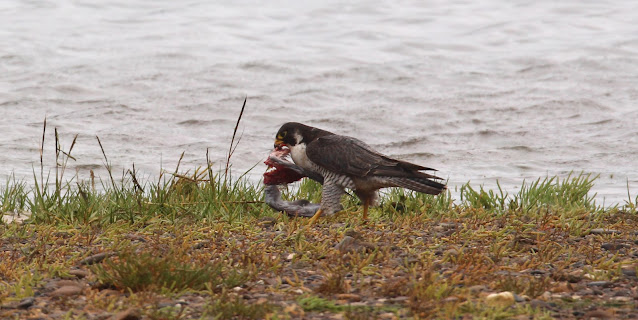 Elsewhere a Willow Warbler was in the bushes with five Blackcap and five Chiffchaff, with a Common Sandpiper on the sea wall and a Grey Wagtail overhead.