The highlight was another site record count, this time 75 Cattle Egret that dropped into the Railway Saltmarsh over high tide. A few birds separated off and joined the cattle at Cockwood, and eventually the whole flock headed back north. This is the earliest on site arrival of the now regularly wintering Exe Estuary flock, if previous years are to go by, there should be intermittent Warren appearances until November. Later they were flushed from somewhere inland of Cockwood Marsh and were watched distantly dropping into Powderham. 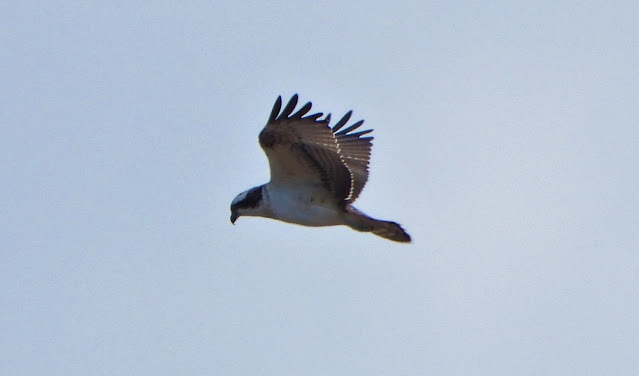 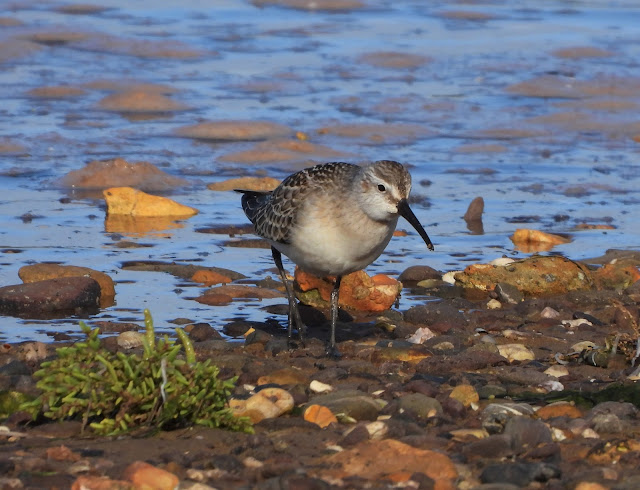 Wildlife News: A Common Seal was on Bull Hill. The wind limited insect activity but an Ivy Wasp-grabber Leopoldius signatus was in the Entrance Bushes, flying at or above head height, and often landing briefly on willow leaves whilst harassing the wasps. Also on the wing the first Hornet of the year, a Hummingbird Hawkmoth and a couple of Common Darter and a few Migrant Hawker.

Most hoverflies can now be found mainly on the Michaelmas Daisy, with the Common Fleabane mostly gone over and the Ivy not yet in flower, they included a pair of Stripe-faced Dronefly Eristalis nemorum, with the male characteristically hovering over the female. 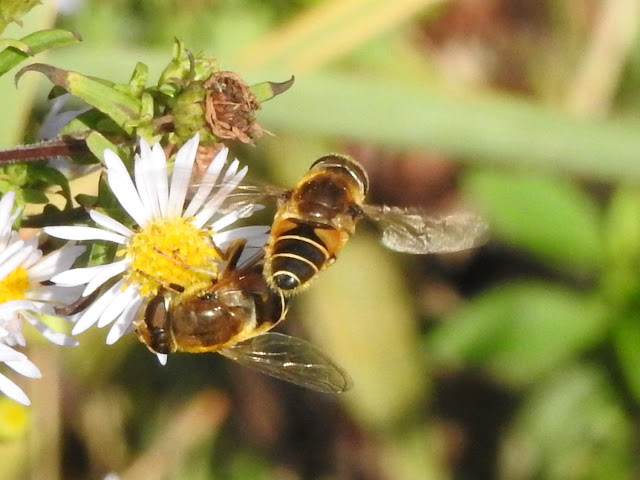