An immature Ring-necked Duck was an unexpected 305th bird for the Warren, especially as there have only been five records of Tufted Duck in the last two years. It was found early morning in Shutterton Creek but it flew up the estuary whilst news was still being put out. It was then found at the extreme north end of the estuary at Topsham Rec 40 minutes later (where this photo was taken) before heading south back down river after a few minutes. 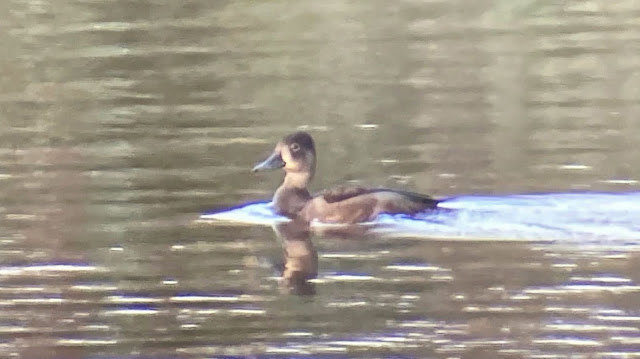 Although the duck was the clear highlight, the day kept delivering with the ringed juvenile Osprey again present and a Little Stint in the Bight. The Osprey and regular immature female Peregrine kept the site clear of most waders at high tide with just a handful of Oystercatcher present along with 25 Dunlin,18 Ringed Plover, 14 Sanderling and a Grey Plover. The Oystercatcher roosted over at Sandy Bay, the smaller waders on the seawall north of Cockwood.

Elsewhere a Wryneck around the Entrance Bushes was another surprise find, with the last sighting eight days ago it is likely this is a second bird but it quickly went to ground and single Wheatear, Whitethroat and a few Chiffchaff were the only other new migrants. 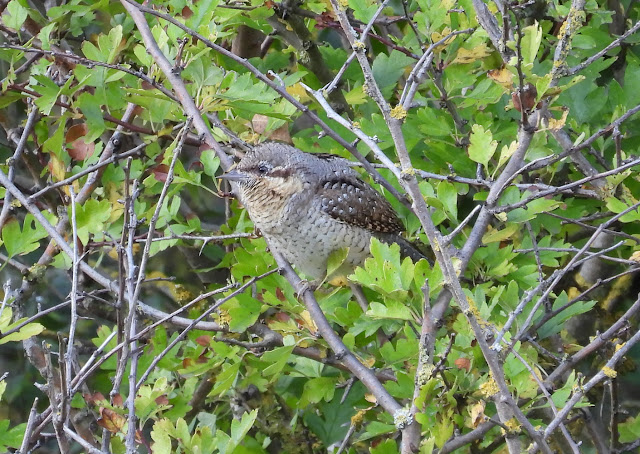 Overhead two Yellow and Grey Wagtail, c20 Meadow Pipit, 55 House Martin, 15 Linnet, 10 Swallow, three Rook and a Chaffinch. Most passage was too high or out over the bay, pushed offshore by the wind. 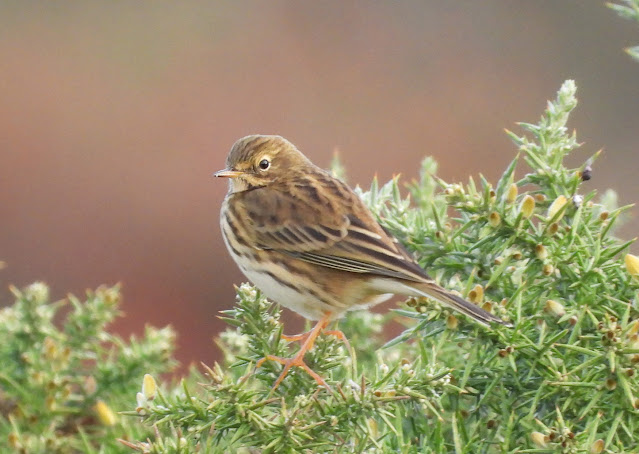 Wildlife News: A Clouded Yellow and a few Red Admiral were on the wing but other butterflies were limited to single Small Copper, Speckled Wood, Large and a few Small White. Another migrant, a White-clubbed Glasswing Scaeva pyrastri was amongst today's ten hoverfly species. 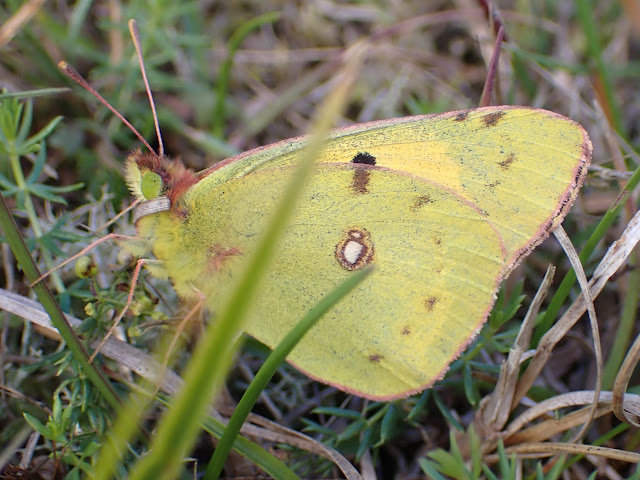 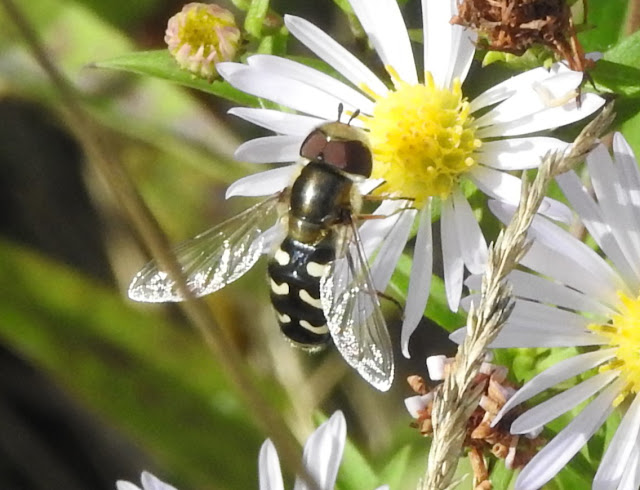 Also on the wing Ivy Bee remain in numbers around a small clump on ivy by Langstone Rock, also there Looped Flutter-fly Palloptera mulibris and the beetle Opatrum sabulosum. 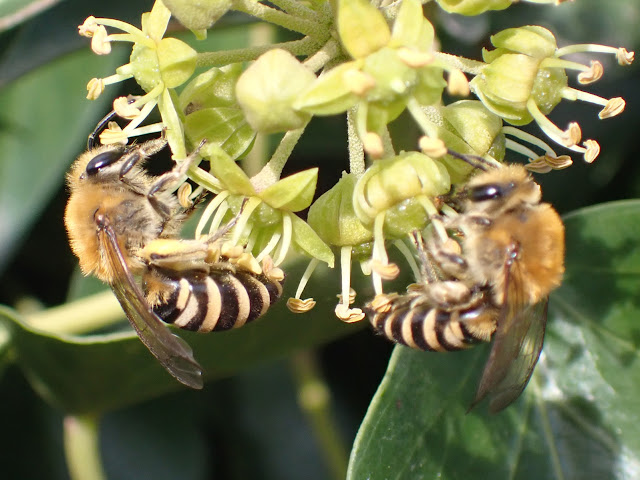 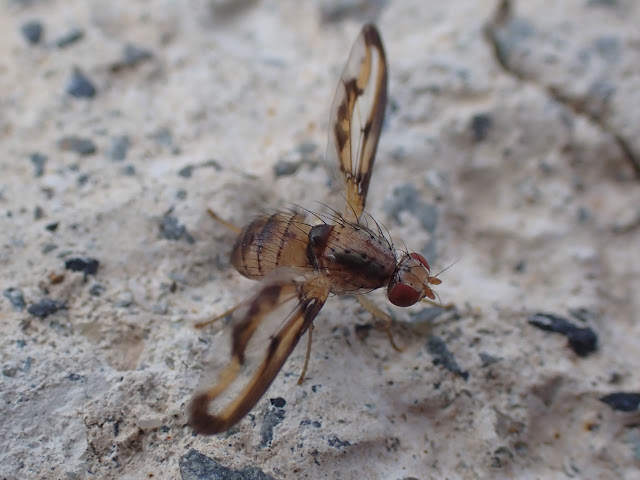 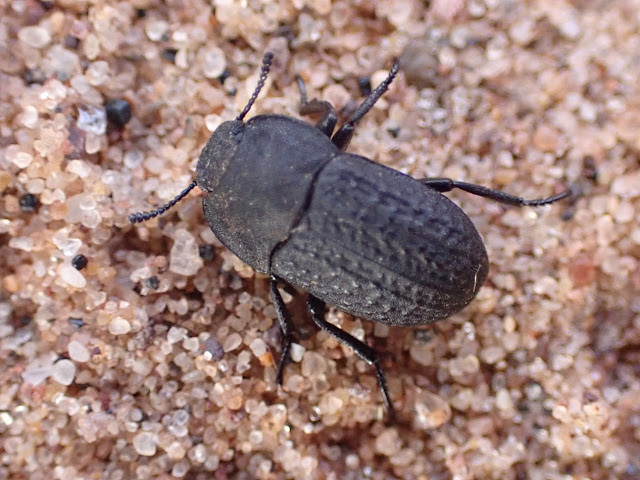