A combination of rain and terns were the main features of the day, with three Spoonbill, an adult and two immatures, roosting on Finger Point the highlight. These three had been seen earlier in the day at the top end of the estuary. 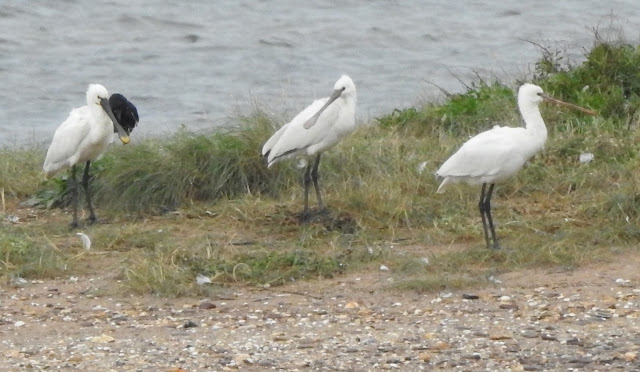 At least 160 Sandwich Tern were round the site with many roosting around the Bight, amongst the flocks were seven Common and a Little Tern. By contrast there were relatively few small waders on the dropping tide with counts of 157 Curlew, 146 Redshank, 42 Dunlin, 22 Ringed Plover, 15 Black and a Bar-tailed Godwit, 12 Greenshank, five Sanderling and five Knot. 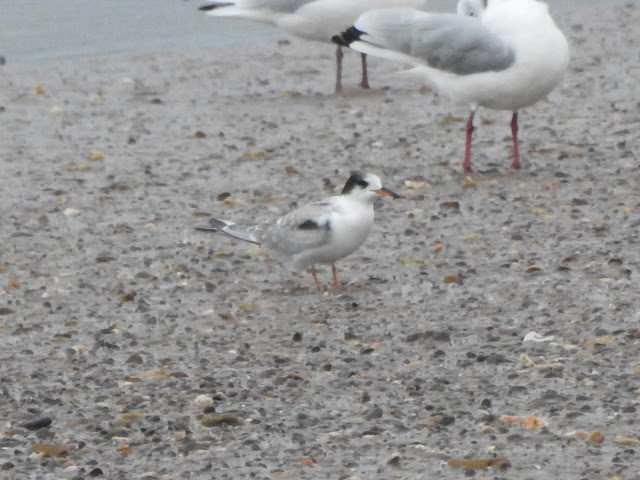 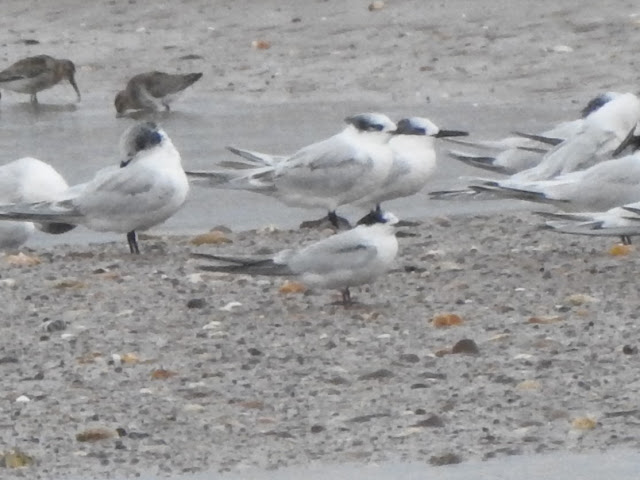