The bird hide remains closed and the viewing area outside no longer accessible. All of the reported sightings below were made following Government regulations and guidance. Stay safe and hope to see you all soon.

The month’s highlight was the brief presence of a White-tailed Eagle on 21st, one of the birds released as part of the Isle of Wight based reintroduction project. The bird, G466, was in the Turkey Oak copse of the Golf Course early morning before being relocated in trees just off site at Cofton, where this image was taken. 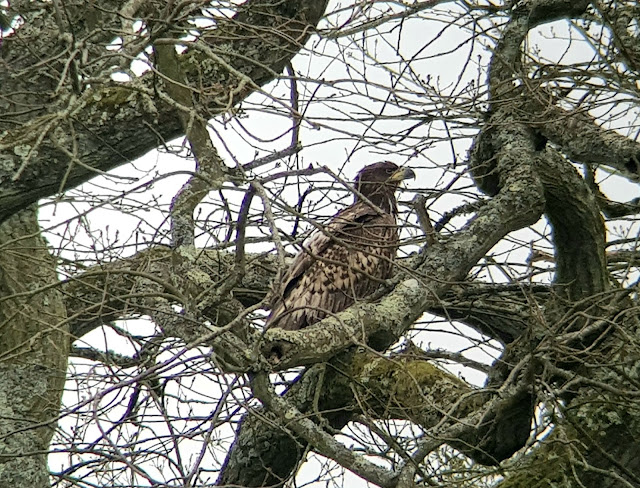 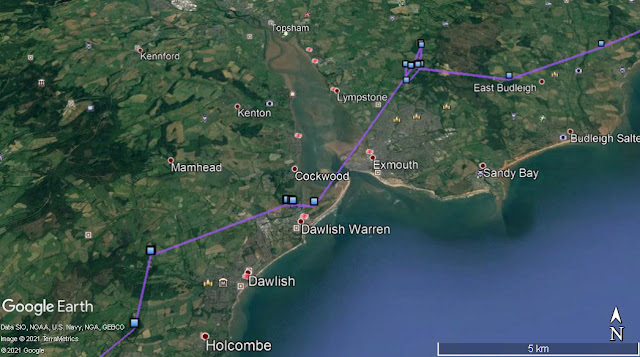 Many thanks to Stephen Egerton-Read from Forestry England for the map and information.

Other notable sightings included three Whooper Swan which flew out to sea before returning and undertaking a tour of the estuary on the 6th and a Red-legged Partridge on the 30th, just as wild, an Indian Peahen was on the Golf Course on the 17th. Long-staying scarcities included the Treecreeper which remained until the 10th, even singing on occasion, two Coal Tit until the 7th, the Siberian Chiffchaff until the 6th and the Firecrest until the 21st. 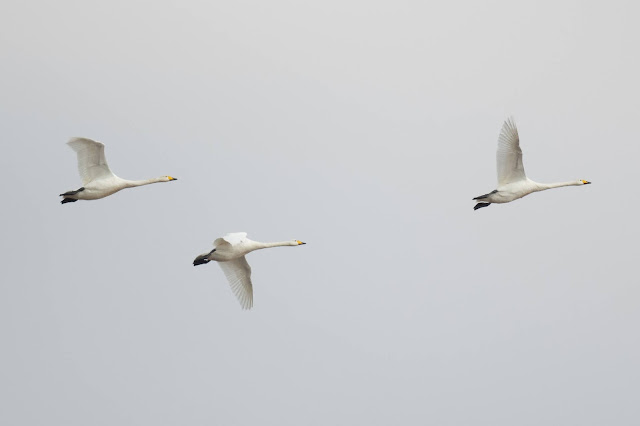 Other site scarcities included a female Tufted Duck on 25-26th, a Jack Snipe on 19-20th, a Golden Plover on the 4th and a Black-tailed Godwit on 27th.

Peak counts from the estuary included 1000+ Dunlin on 1st dropping to 530 on 7th and single figures by the end of the month. Other counts included 330 Oystercatcher, with colour-ringed birds reported back on breeding sites during the month, 290 Dark-bellied and four Pale-bellied Brent Geese, 166 Bar-tailed Godwit, 158 Curlew, 95 Grey Plover, 58 Knot, 58 Turnstone, 35 Redshank, 27 Shelduck, 22 Teal, 17 Sanderling and six Greenshank. With no confirmed sightings all month it seems Herbert the Slavonian Grebe has finally succumbed after 14 years on site. 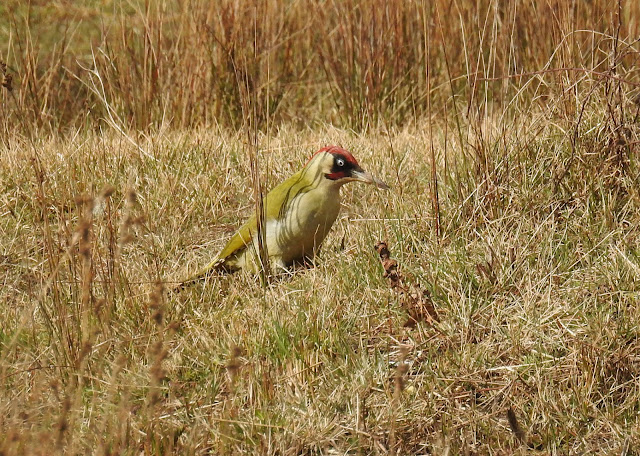 There was little reported offshore with maxima of six Great Northern and just two Red-throated Diver, the first Manx Shearwater arrived on cue, passing south on the 26th, the first Sandwich Tern was recorded on the 6th with a peak of 18 on 27th.

Summer migrants started to arrive mid month with the first Wheatear on 17th with a peak of of six on 28th; a White Wagtail on the 18th, a Sand Martin on the 24th, a Willow Warbler on 27th and five Swallow and two Blackcap on 31st. 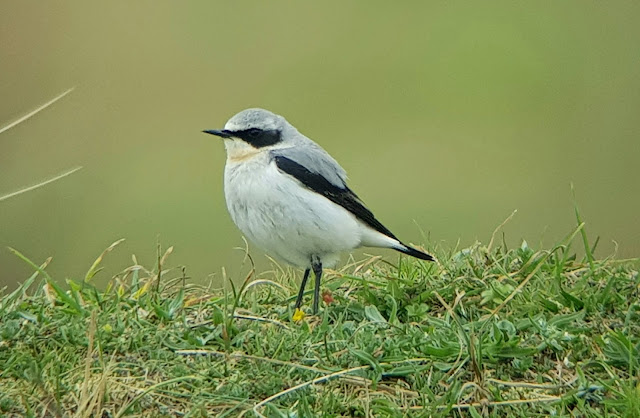 Wildlife News: A Grey Seal was seen on several occasions with unidentified dolphins offshore on the 9th. The spring weather saw the appearance of the first butterflies with Red Admiral, Peacock, Speckled Wood, Comma and two Small Tortoiseshell noted, the latter equalling the number recorded throughout 2020. Bees also emerged with Yellow-legged and Chocolate Mining Bee recorded on the 31st along with Hairy-footed Flower Bee and Red-tailed Bumblebee. 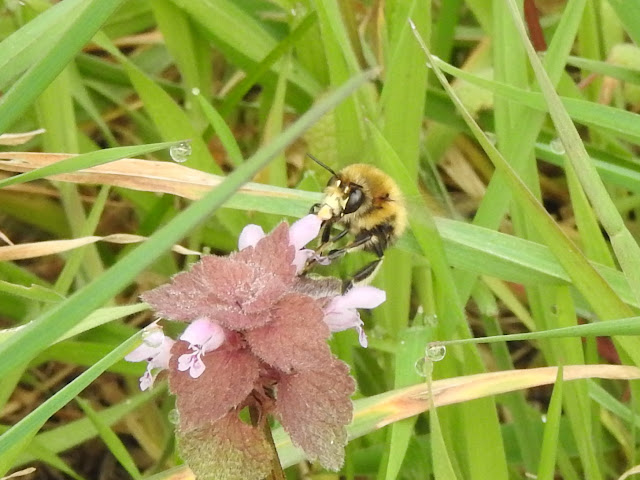 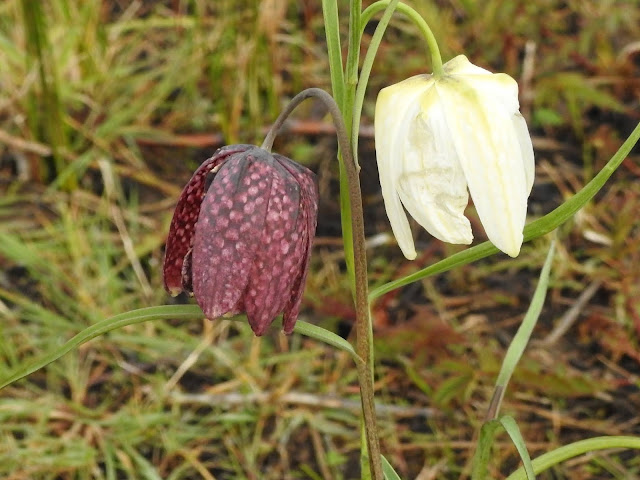 A total of 656 species had been noted on site by the end of the month including several new species for the Recording Area including Red Gurnard, Water Measurer, Spring Starflower and Grape Hyacinth Anther Smut Antherospora hortensis, the latter new for Devon. 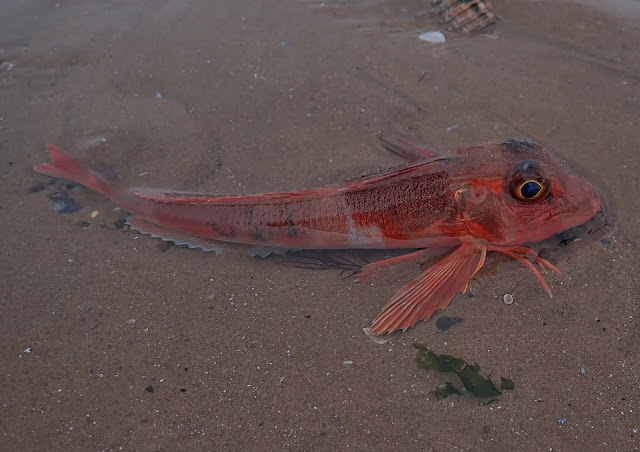