A Nuthatch in Dead Dolphin Wood was the highlight with an early morning passage of 180+ Swift also notable, otherwise there was a very midsummer feeling to proceedings.

Wildlife News: The first Emperor dragonflies of the year were on the wing, already holding territory over the ponds, a Painted Lady was on the Dune Ridge and large numbers of Silvery Leafcutter Megachile leachella were present. Several new species for the Warren were again recorded including Small Beegrapper Thecophora atra and Short-horned Yellow-faced Bee Hylaeus brevicornis. 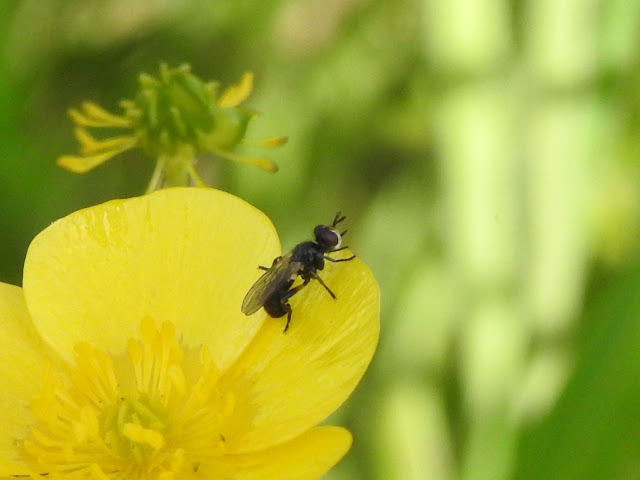 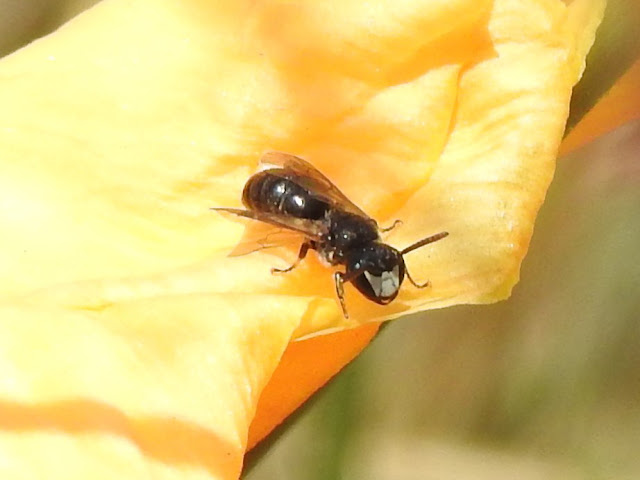 A Whimbrel was calling overnight.

Wildlife News: Light trapping into Saturday morning saw a low total of 34 species of moth but two of these were new for the Recording Area. These were both introduced species, the Australian Ruddy Streak Tachystola acroxantha and the North American Cypress-tip Moth Argyresthia cupressella. Other species recorded included Small Elephant Hawkmoth, Pale Tussock, Spectacle and Peppered Moth with two other Warren firsts, the caddisfly Mystacides longicornis and the soldier beetle Rhagonycha limbata. 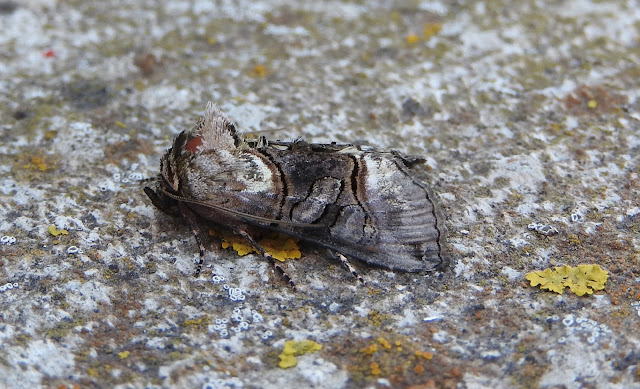 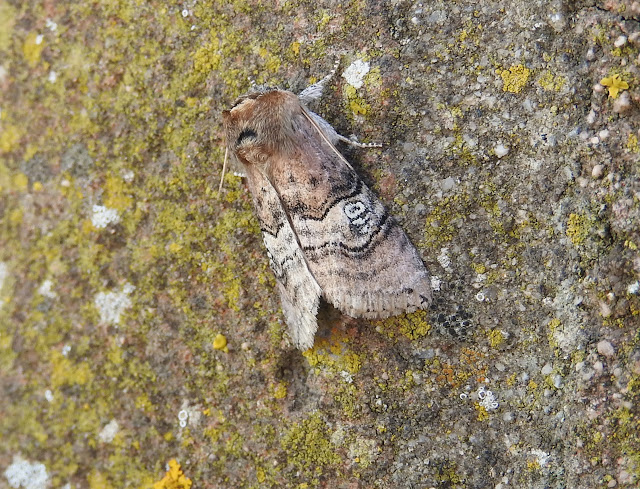 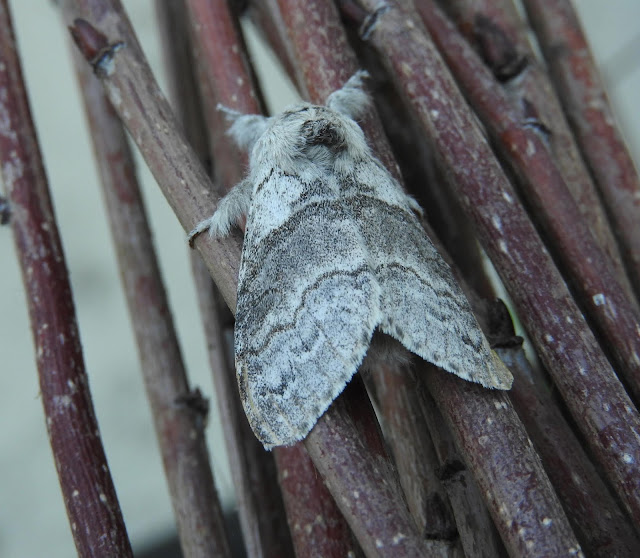 Pale Tussock
Posted by Dawlish Warren at 23:00 No comments:

The summer plumaged Great Northern Diver remains offshore from Langstone Rock with the Lesser Whitethroat still singing away in the Entrance Bushes. Offsite a Nuthatch got as close as the railway station but didn't cross the train line. 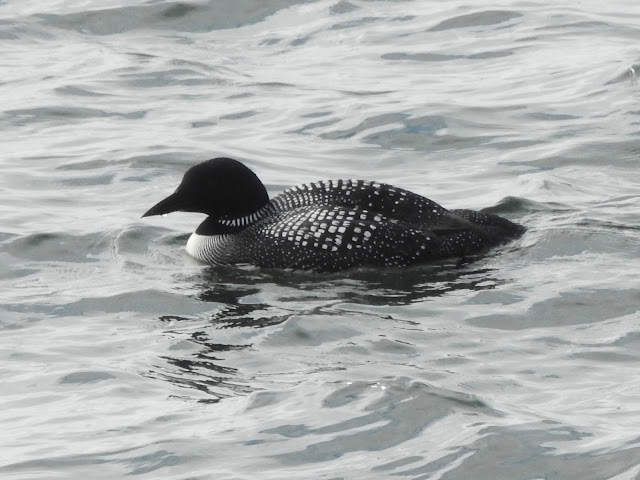 Wildlife News: Insect numbers although remaining low for the time of year are slowing increasing with the first Meadow Brown of the year noted along with Ashy Mining Bee and Bumblebee Hoverfly Volucella bombylans. 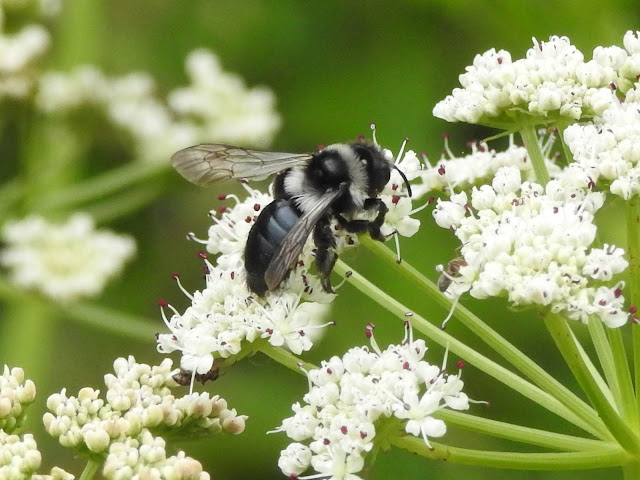 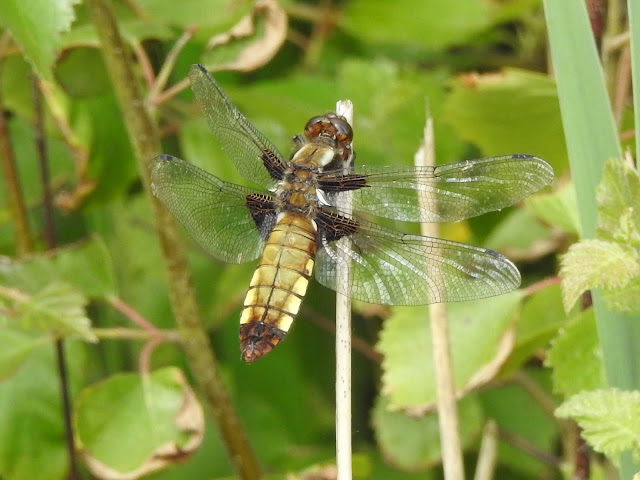 Wildlife News: The nationally scarce soldierfly Ornate Brigadier Odontomyia ornata was on the wing. In Devon it is only found around the Exe Estuary. 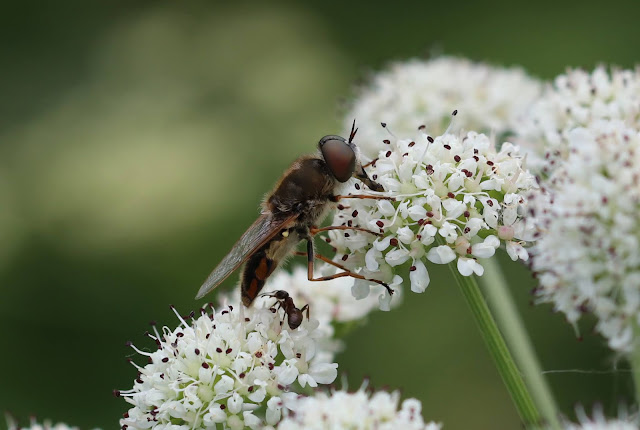 Counts from the estuary included 96 Oystercatcher, six Curlew, two Whimbrel, a Bar-tailed Godwit and the Dark-bellied Brent Goose with 20 Sanderling on the beach.

Elsewhere the summer-plumaged Great Northern Diver remained close inshore with three other birds offshore along with 84 Common Scoter; a Mistle Thrush overhead was likely the first autumn migrant for this early season breeder, and the year's second record of Tufted Duck, a male, also flew over.

Posted by Dawlish Warren at 23:55 No comments:

A summer-plumaged Great Northern Diver was close in offshore with six Common Scoter and four Sandwich Tern. Elsewhere the single Sedge Warbler and Lesser Whitethroat continue to advertise for a mate, a Kestrel from a nest at Eastdon was hunting over the Golf Course, a Curlew was in the estuary and a lone Meadow Pipit was overhead.
Wildlife News: No less than four notable plant rediscoveries today with Lesser Stitchwort and Smooth Tare found after over 30 years absence and Grass Vetchling and Dodder after an absence of over 15 years, all found on the Golf Course, also on the course over 120 spikes of Southern Marsh Orchid. The first Broad-bodied Chaser and Cinnabar moths of the year were on the wing along with several White-clubbed Hoverfly Scaeva pyrastri and Common Blue butterflies.
Posted by Dawlish Warren at 23:26 No comments:

A largely migrant free day with typical summer fare of recently fledged birds, although in lower numbers that might be expected. In the estuary 12 Sanderling, nine Dunlin and a Bar-tailed Godwit. 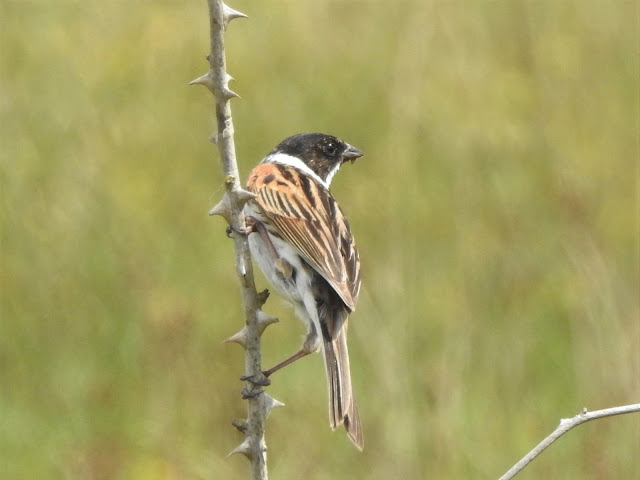 Reed Bunting - Alan Keatley
Wildlife News: In contrast to the birds migration was very much to the fore with thousands of Marmalade Hoverfly across the site, along with other migrant species such as c100 Long Hoverfly Sphaerophoria scripta, 10+ Common-spotted Field Syrph Eupeodes luniger at least five White-clubbed Hoverfly Scaeva pyrastri, two Painted Lady, five Silver Y and several Diamond-back Moth. 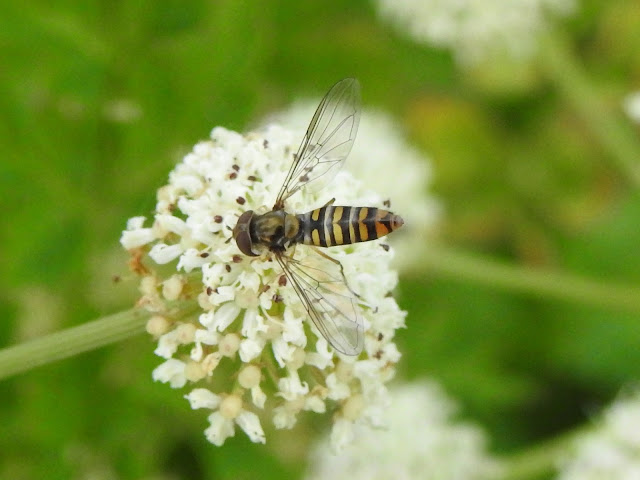 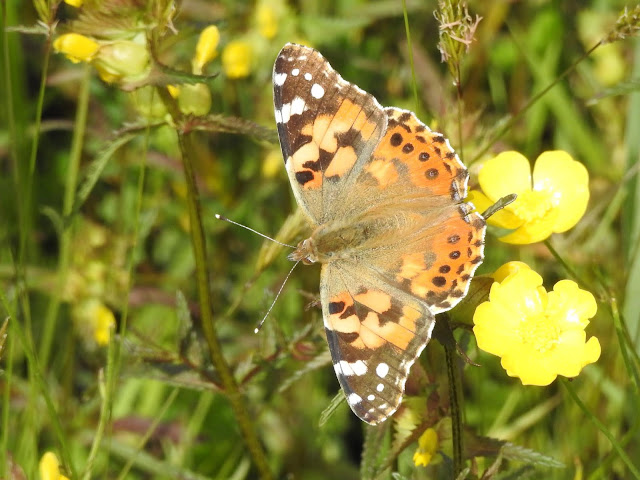