A single Roseate Tern was on Finger Point with 100 Sandwich and 10 Common Tern, including three juveniles, in front of the hide. Wader counts included 137 Ringed Plover, a significant increase, and 12 Dunlin were feeding in the Bight with 20 Sanderling on the beach. Elsewhere two Wheatear were on Warren Point and a Willow Warbler was in the Entrance Bushes.

Wildlife News: Eleven species of butterfly were on the wing along with good numbers of Six-spot Burnet, Common Darter and the first Southern Hawker of the year. 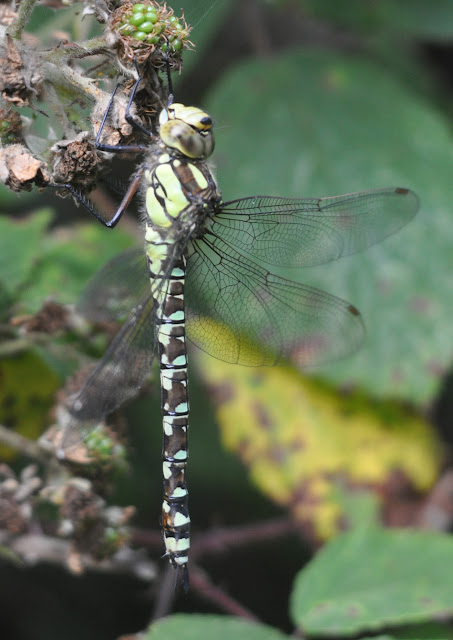