Many species groups are under-recorded on the Warren but the Recording Group attempts to maintain records and establish as complete an audit as possible on our website www.dawlishwarren.co.uk  If you have any records that could aid this process please get in touch dawlish_warren@hotmail.com

The year started with 23 flowering species recorded on New Year's Day. There was one new species for the Recording Area found this year - Rosemary Rosmarinus officinalis in the Buffer Zone, a self-seeded introduction from adjacent plantings. Another notable discovery in the Buffer Zone was Feverfew Tanacetum parthenium the first record for 25 years.

Sand Crocus Romulea columnae had a good year with several hundred plants in the drier areas of Greenland Lake. 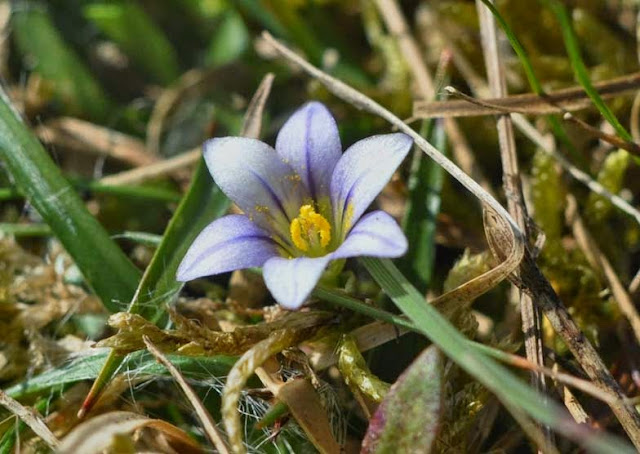 Also, in the threatened area of Greenland Lake, it was a record year for both Autumn Lady's-Tresses Spiranthes spiralis and Marsh Helleborine Epipactis palustris although there was a continued decline of Southern Marsh Orchid Dactylorhiza praetermissa numbers. 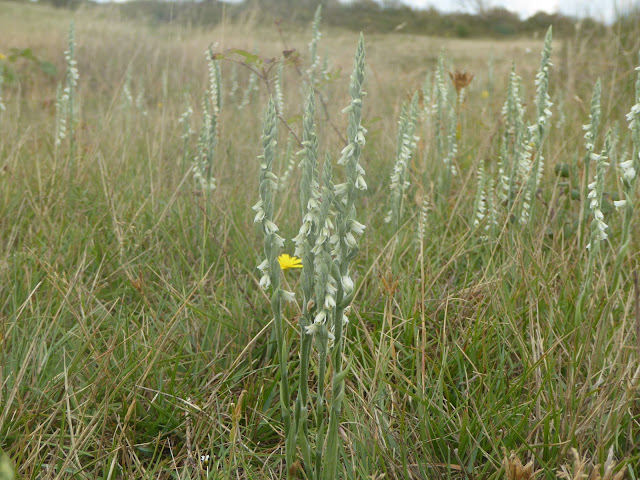 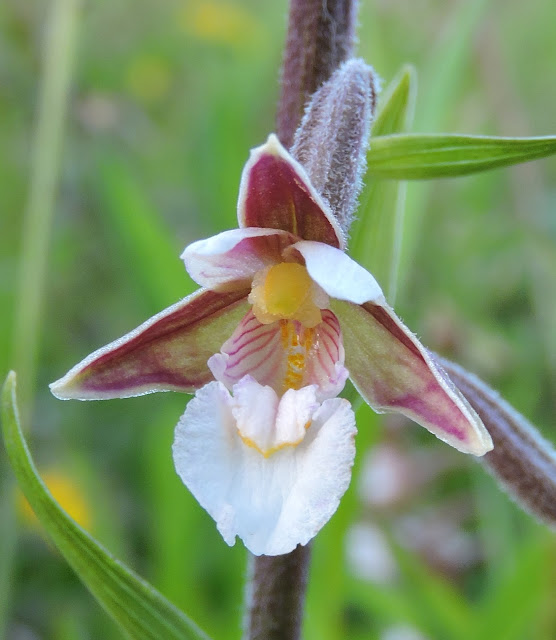 On a downside the only known area of the nationally scarce Wall Bedstraw Galium parisiense was lost under the new seawall. A further loss was the last known patch of Pennyroyal Mentha pulegium on site which was illegally destroyed to make a private parking area. A legally protected Schedule 8 plant this work was undertaken with no planning application. Despite reporting this no action was taken.

A continuing decline with low numbers again this year with previously common species such as Broad-bodied Chaser hardly reported. Hairy Dragonfly was still present but there were no reports of Small Red-eyed Damselfly this year. The mild autumn and winter saw the latest ever Southern and Migrant Hawker records for site (1/11 & 22/11 respectively), and a report of Common Darter on Boxing Day was the latest ever in the UK. A single Red-veined Darter on 21/6 was the only obvious migrant record received. 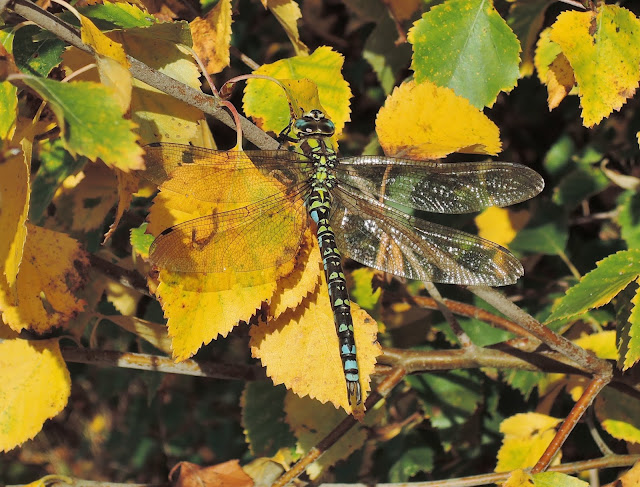 Three new species were added to the Recording Area list, all 'micro-moths'. Pammene regiana was found around Sycamores on the Dune Ridge, Anarsia spartiella was recorded from the Saltmarsh and Lozotaeniodes formosana, a pine feeder, was presumably a migrant from Haldon or further afield. 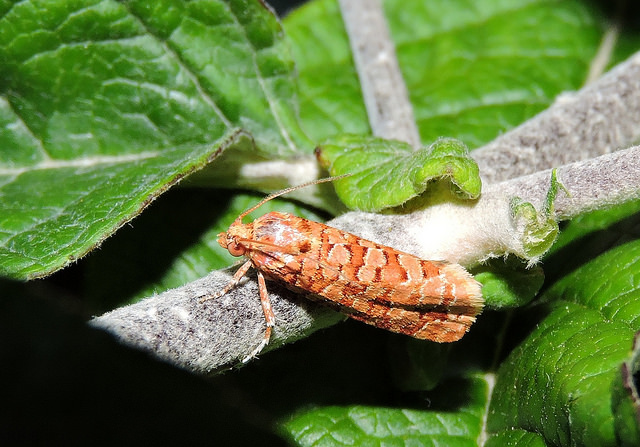 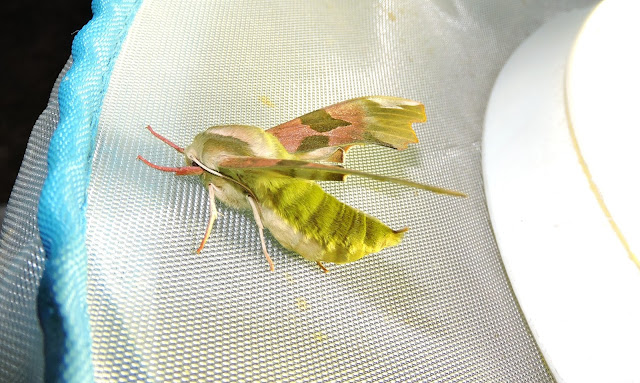 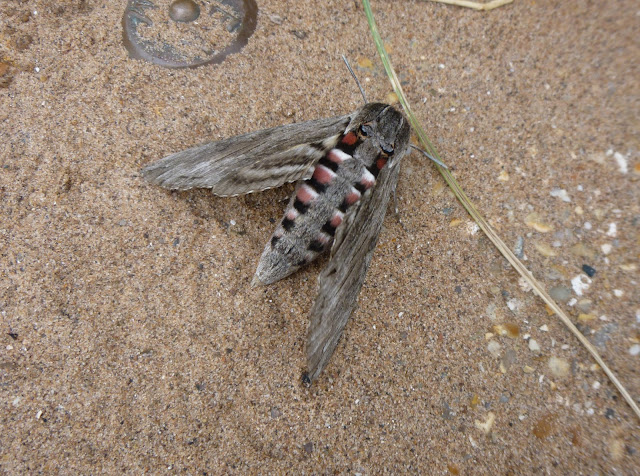 The highlight was the 2nd recording area record of Common Dolphin with a pod of 12 offshore on 18th August. Other cetacean records included a couple of Harbour Porpoise in January but there were fewer records of Bottle-nosed Dolphin this year, the largest pod was eight individuals in December.

One or two Grey Seal individuals were seen throughout the year with a Common Seal in the estuary until October at least.  The most unexpected sighting was a Grey Seal pup that was washed up on the beach late autumn, the origin is unknown as there are no known breeding sites on the south coast.

There were no further records of Water Vole from the Main Pond this year and Grey Squirrel also failed to put in an appearance. Badger remain on site but there were no sightings during the year.

A Grayling on Warren Point on 15th August, the first Warren record since at least 1960, was the highlight of the year, although a fresh Meadow Brown in December, the third recent record of a very rare late generation for this species, was perhaps more notable. Amongst other species it was a good year for Holly Blue and a couple of Marbled White sightings were a welcome increase. 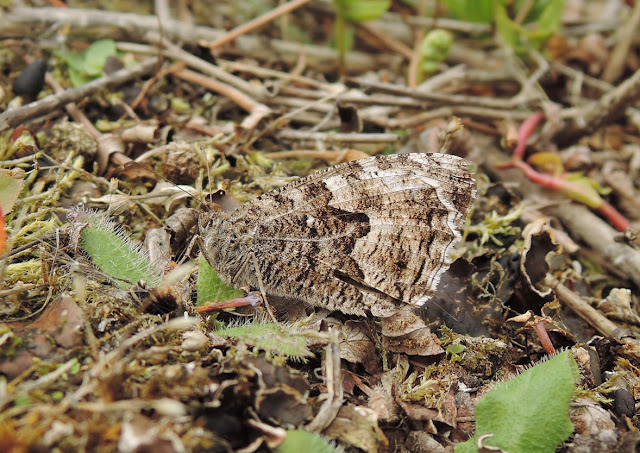 Migrants included only a couple of Clouded Yellow with Red Admiral and Painted Lady both in relatively low numbers, although the latter species also arrived during late December.

On the downside the peak count of four Orange Tip highlighted the rapid decline of this species on site and the Recording Group received no records of either Green Hairstreak or Ringlet.

Over 40 species of mosses and liverworts were recorded on a Devon Bryophyte meeting in November, at least 12 of these were new for the group's records including Greasewort Aneura pinguis and Knieff's Hook-moss Drepanocladus aduncus but it is uncertain that any were actually new for the recording area.

The bryophyte highlight was actually found just outside the recording area. Two nationally scarce liverworts were discovered on the bare ground under two Bird Cherry trees next the closed toilet block just to the west of the railway tunnel.  Micheli's Balloonwort Sphaerocarpos michelii and Blue Crystalwort Riccia crystalina both are found nowhere else in Devon. 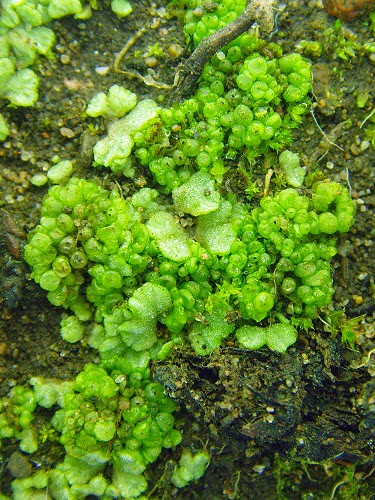 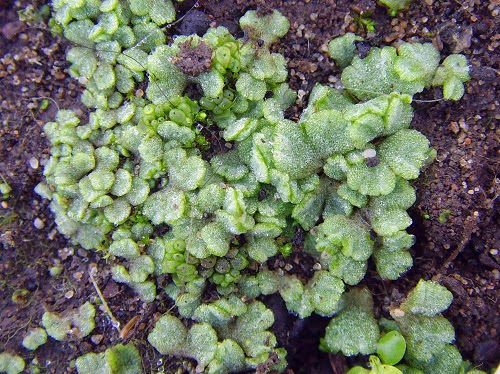 Although outside the recording area, their presence is highlighted here in the hope they and the site will not be destroyed cf the Pennyroyal on the Warren.

Record numbers of Barrel Jellyfish were recorded washing ashore through the summer, also found along the tideline, Goose Barnacles, a Garfish and several Lesser-spotted Dogfish.

Species recorded this year include Conocybe dunensis, this species was described as new to science from the Warren but hadn't been recorded here for over 60 years, Dune Dapperling Lepiota ermina which hadn't been recorded here in over 25 years and the distinctive Winter Stalkball Tulostoma brumale. The latter were out in good numbers in Greenland Lake, but Blackening Waxcap Hygrocybe conica had a poor year.

Several new species were added to the Recording Area list including Paneolus acuminatus  which has the great English name Dewdrop Mottlegill, Ascocoryne sarcoides - a purple jelly fungus; and one that was a migrant (!) Orbilia delicatula - small waxy orange discs found on a pine log that washed down river before joining the tideline debris on Warren Point.

The introduced population of Sand Lizard remain along the dune ridge but didn't seem as numerous this year, Common Lizard were also noted less frequently and there were no records of Slow-worm. 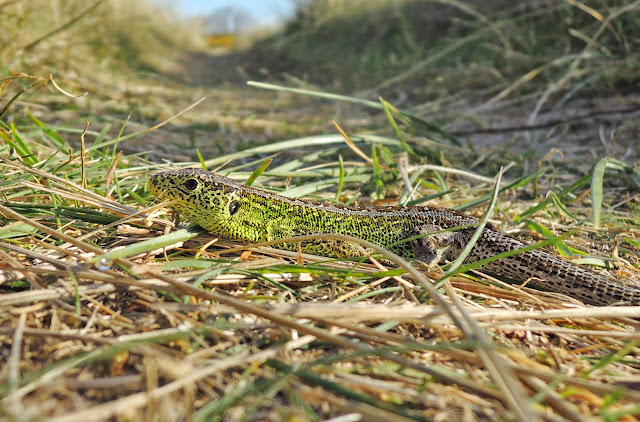 Frog Spawn was again noted on site this year but no adults were seen, Common Toad remains more numerous but there were very few toadlets recorded emerging from the ponds this year. 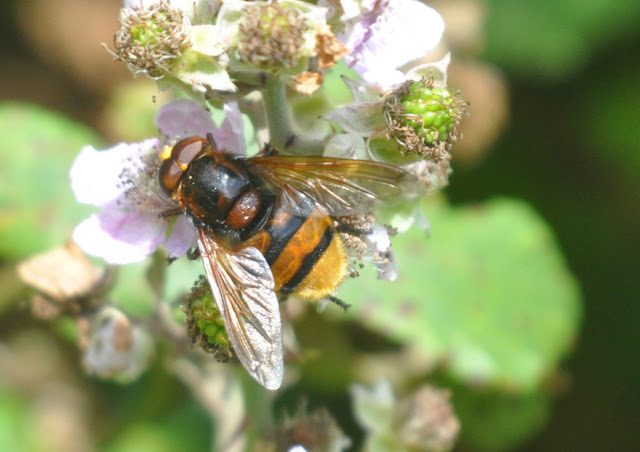 Many thanks for all observers for submitting records throughout 2015.