The weather wasn't the only sign of Spring as the first Swallow of the year flew through along with an early House Martin and a couple of Siskin, grounded migrants included five Wheatear and three Chiffchaff. Counts from the estuary showed outgoing migrants were also on the move with just 53 Brent Geese, 40+ Dunlin, 14 Grey Plover, 13 Sanderling, seven Bar-tailed Godwit and five Knot.  Elsewhere an adult summer Mediterranean Gull flew over the spit, a first summer Little Gull was offshore and the Firecrest was singing in Dead Dolphin Wood. 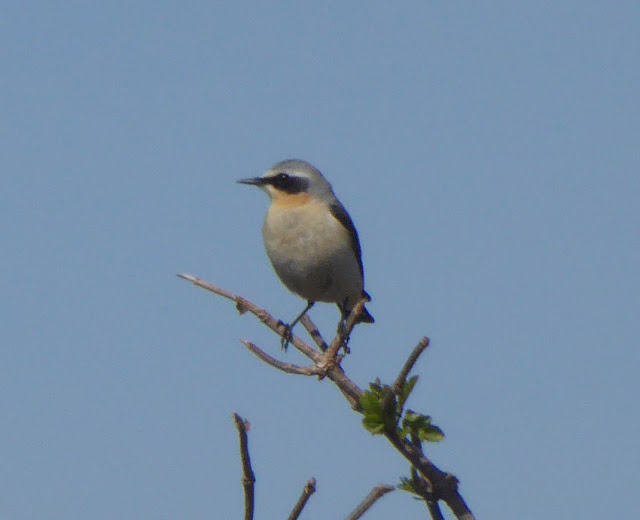 Wheatear - Alan Keatley
Wildlife News: The sunny weather brought out the Sand Crocus with 40 flowering in Greenland Lake and a similar number in the translocated population in the Crocus compound. The same warm conditions brought out Sand and Common Lizard and the first Comma and Small Tortoiseshell were on the wing along with Peacock and Speckled Wood. In the estuary the Harbour Seal had another near-death experience - this time jet skis were the culprit. 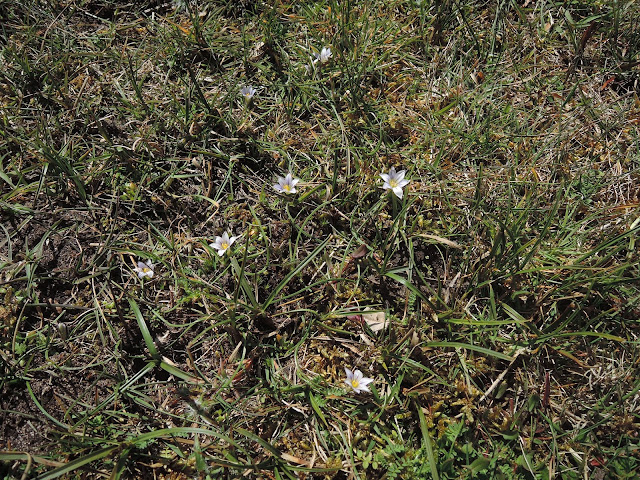 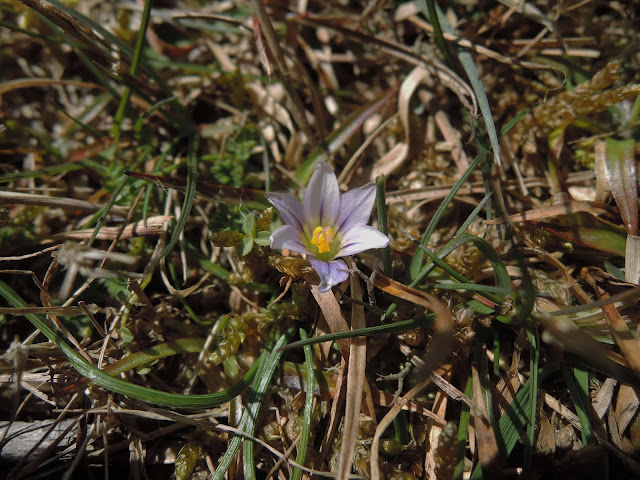 Sand Crocus - both Dave Jewell
Posted by Dawlish Warren at 19:27