A benign morning weather-wise after the last couple of days but bird numbers offshore remain low. The site is almost deserted of Common Scoter and Great-crested Grebe at the moment with the main flocks further south, only four of each were present today; also offshore single Eider and Great Northern Diver. In the estuary the Bonaparte's Gull was still off Cockwood and counts included a site record 131 Shelduck.

Wildlife News: A Common Seal was hauled out on Warren Point this morning. 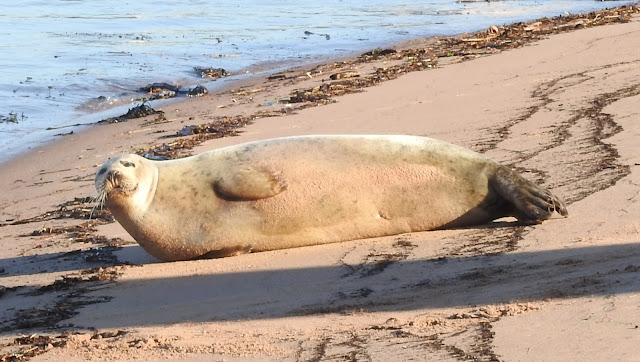