Vis mig went up a notch today but there was just one observer on site and they report that a lack of 360 degree vision meant many birds were missed. Wood Pigeon were the predominate species with 9100 moving SW in large flocks over land and sea with finches going in opposite direction at the same time. Amongst these the stand out was the long awaited first Hawfinch of this autumn's influx but 64 Bullfinch, the second highest site count, were more unexpected, with largest flocks of 16 and 12. Other counts included 85 Goldfinch, 73 Linnet, 55 Skylark, 51 Lesser Black-backed Gull (S), 35 Chaffinch, 12 Greenfinch, nine Siskin, four Redwing, a Mistle Thrush and a Merlin. 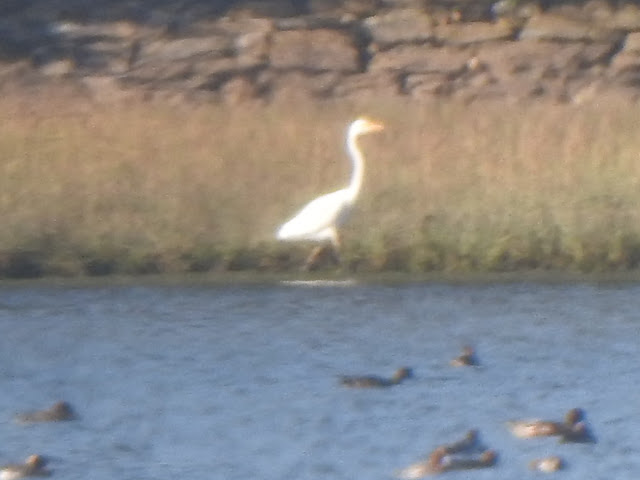 Wildlife News: Several queen Buff-tailed Bumblebee were on the wing along with a Migrant Hawker and a couple of Common Darter. 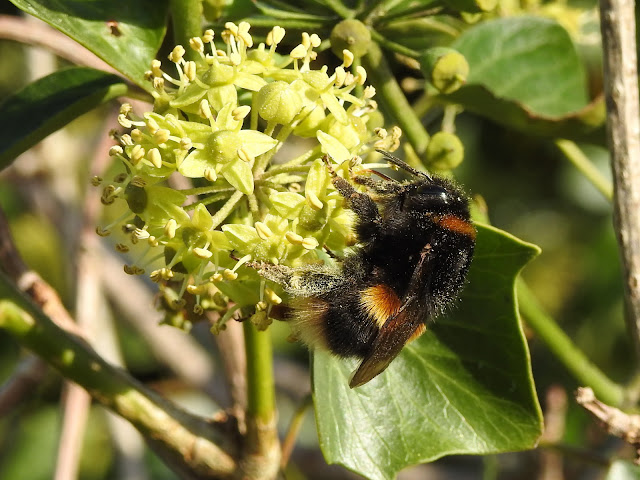