A first winter Glaucous Gull was found on Finger Point early this morning and, after a brief visit to Exmouth, was again present c10.30am. Presumably the bird recently seen off West Bexington in Dorset, it then flew south past Berry Head at 11.30am. This bird may have been attracted by the mass of feeding birds offshore with c300 Gannet diving close inshore first thing, moving out into the bay later on before again coming close presumably following shoals underneath. With them were two Pomarine Skua, 91 Great-crested Grebe, 80+ auks, 37 Red-throated and 31 Great Northern Diver, 11 Common Scoter and three Eider.

Counts from the estuary included c800 Wigeon, 165 Curlew, 94 Teal, 86 Bar-tailed Godwit, 80 Teal, three Mediterranean Gull, a 32nd Great Northern Diver and the Slavonian Grebe. Elsewhere the Jack Snipe was on the Main Pond, a Mistle Thrush was near the amusements and two Cirl Bunting were on site. 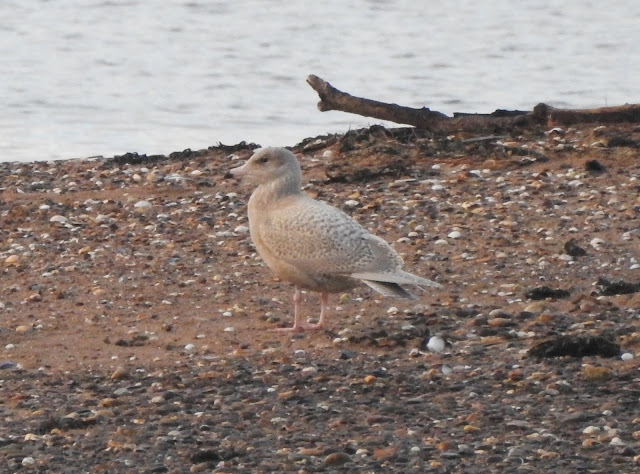 Glaucous Gull - Alan Keatley
Wildlife News: At least four Common Dolphin and two Harbour Porpoise were offshore and a couple of Buff-tailed Bumblebee were still on the wing. 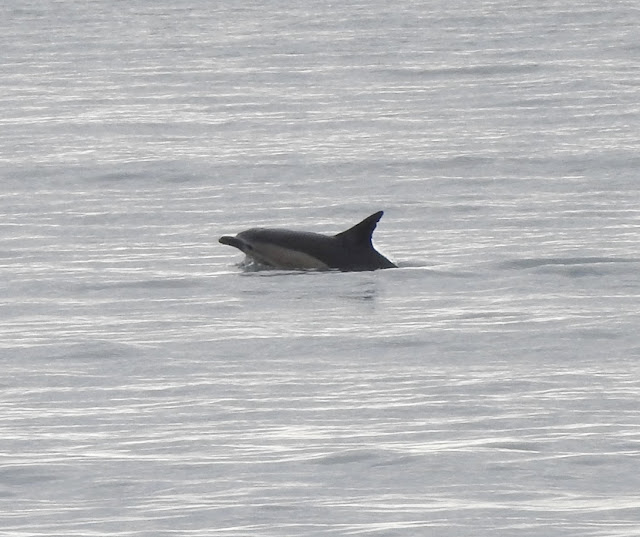