A first winter Caspian Gull briefly on Finger Point was an unexpected highlight this morning, especially considering the lack of large gulls present and the fact it was wearing a German ring; details awaited. It was the fourth record for the Warren, all first winters. Also from the hide 121 Knot and 40 Sanderling; a welcome increase this winter. 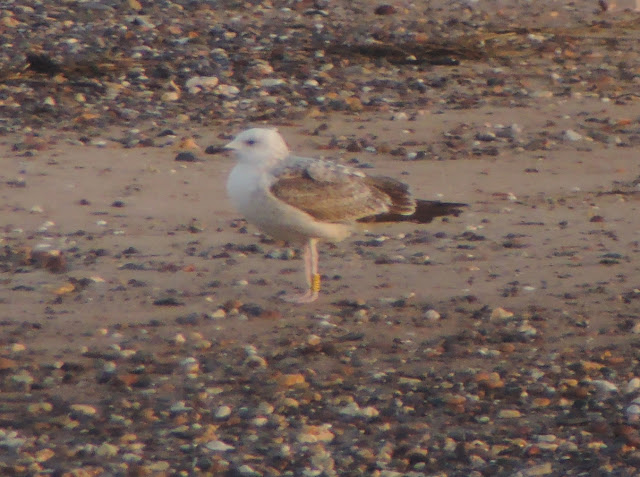 Elsewhere the Long-tailed Duck, five Great Northern and a Red-throated Diver was offshore, a Shoveler was on the Main Pond and a Firecrest was in the Entrance Bushes.
Posted by Dawlish Warren at 22:55